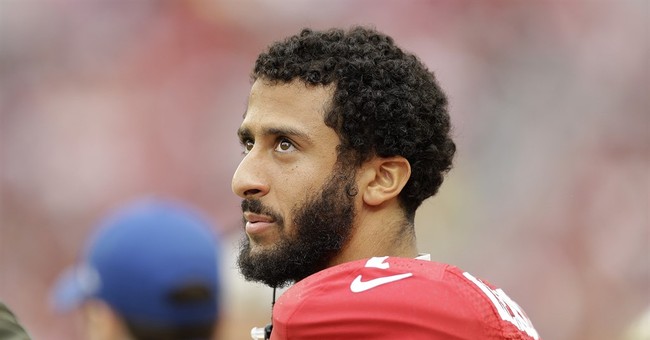 Biracial NFL quarterback Colin Kaepernick, who was adopted and raised by white parents, is refusing to stand for the national anthem as a protest of oppression in America.

Two days after he refused to stand for the "The Star Spangled Banner" before the 49ers' preseason loss to the Packers, Kaepernick said his stand will continue. He addressed his teammates Sunday morning, some agreeing with his message but not necessarily his method. Some said they know he has offended his countrymen.

Whatever the consequences, Kaepernick insists he will know "I did what's right."

Fans aren't happy about his behavior or attitude and burned his jersey over the weekend, sending the message: If you don't love America, get out.

"This jersey was the worst $50 investment I ever had," one angry fan says before setting it ablaze. "Mr. Kaepernick, if you don't love our country get the f*** out of it, okay?"

Kaepernik is worth $110 million and grew up in Wisconsin.