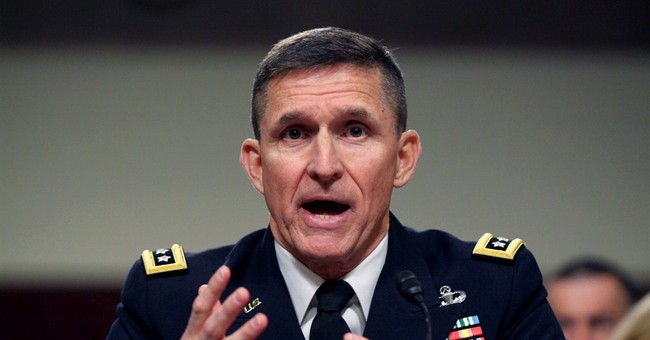 Retired Lt. Gen. Michael Flynn, whose comments on abortion drew the ire of prominent pro-lifers, has changed course on the issue and is now referring to himself as a "pro-life Democrat." Flynn is on Donald Trump's shortlist for a running mate.

Flynn told Fox's Jennifer Griffin that he thinks laws should be changed, although people shouldn't be using abortion as their sole metric on deciding how to vote in November.

EXCLUSIVE: LTG Mike Flynn tells me he is "a pro-life Democrat," clarifies abortion comments by phone. "I believe the law should be changed."

.@GenFlynn tells me "This pro-choice issue is a legal issue that should be decided by the courts. If people want to change the law, vote.

Mike Flynn tells me: "If people are going to decide election on abortion issue they should just stay home." Says he is "pro-Life Democrat."

Flynn's multiple positions on abortion in a 24-hour period is reminiscent of Trump's own messaging on the issue.

The Republican Party's official platform is in support of ending abortion. Can we trust that its two candidates also feel that way?