Trump: Punish Women Who Have Abortions UPDATE: Walked Back All Comments 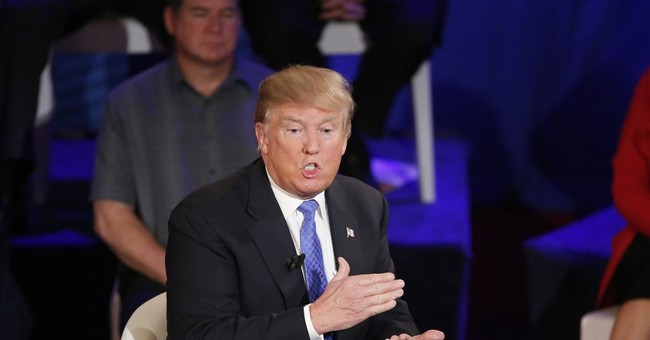 Republican frontrunner Donald Trump, who just last night confirmed that he had "evolved" on the issue of abortion and is now pro-life, managed to upset both pro-lifers and pro-aborts with his comments that women who have abortions should face "some form of punishment" if abortion were to be banned in the United States.

NEW Trump to @msnbc: "there has to be some form of punishment" for women who have abortions but he has yet to determine what that should be.

.@hardball_chris asked if he thought a man is also responsible under the law for abortions. Trump: "I would say no" https://t.co/I83enruUKr

.@realDonaldTrump says "you have to ban" abortion; "you’ll go back to a position like they had where ppl will perhaps go to illegal places."

Pro-lifers on Twitter were furious with the idea of punishing women, noting that this is in no way a mainstream position of their movement.

An example of his profound ignorance doing damage to the movement he's pretending to support. https://t.co/jOUi1sEXuB

Even the most ardent pro-lifers think this is an awful, awful idea. That's how tone deaf and inept he is. https://t.co/qEfUwYF7yn

I'm pro-life. We love, we don't punish. Abortion is a sad thing. https://t.co/ZOvRG2ZFap

Years - decades! - of the pro-life movement saying it's not looking to punish anyone for abortion, cut out at the knees by Trump.

"Let's punish people who have abortions" is the kind of thing someone who is pretending to be super pro-life would say.

The Cruz campaign chimed in with a statement accusing Trump of faking a belief in the pro-life position:

Don't overthink it: Trump doesn't understand the pro-life position because he's not pro-life.

Prior to working at Townhall, I was an intern with the National Right to Life Committee and was active in my college's pro-life club. I can say with complete confidence that nobody I encountered during my time in the pro-life movement was ever in favor of punishing women who have abortions--rather, the arguments were in favor of punishing the doctors who actually performed the procedures. (Hence why abortionist-turned-serial-killer Kermit Gosnell is the one in jail, not the women whose babies he killed.) Besides, many women are coerced into having an abortion--it makes no sense to punish someone who is already being forced to do something.

Trump needs to amend these statements immediately if he wants to be taken seriously by anyone. It's hard to trust his pro-life credentials if he keeps saying things like this.

UPDATE: A statement from the Trump campaign walked back basically everything he said.

.@realDonaldTrump proceeds to walk ALL the back on abortion comments in new statement pic.twitter.com/vqRSv0tRwC

This post has been updated with a video of the exchange.