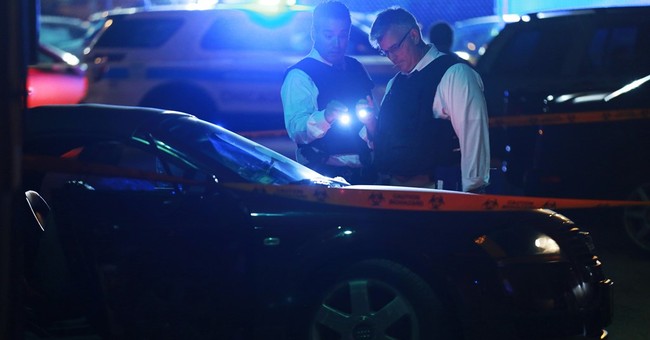 Father's Day marked a grim milestone for Chicago, as the city recorded its 300th homicide of 2016. A total of 13 people were killed and 43 were injured in shootings over the weekend.

Of Chicago's 300 homicides this year, more than 200 of them have been from firearms. About 1,800 people have been shot this year in Chicago.

The city recorded its 300th homicide this weekend and went on to record six others over a 60-hour period that saw 56 people shot, 13 fatally, from Friday afternoon through early Monday morning.

So far this year, about 1,800 people have been shot across the city and more than 200 of those wounded have died of their wounds, according to records kept by the Chicago Tribune. A total of 306 people have been killed this year by shooting, stabbing or other means, Tribune records show.

In late May, it was revealed that shootings are up by more than 50 percent in Chicago since last year. Six people were killed over Memorial Day Weekend.