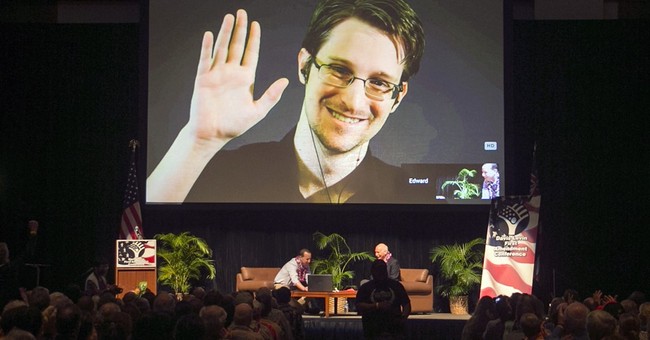 Libertarian Party nominee Gary Johnson said on NewsMax's The Hard Line Thursday that he'd "look into" pardoning Edward Snowden if he were elected president of the United States. He does not want to see Snowden put in prison, and thinks that Snowden was right to reveal the scope of the NSA's mass surveillance programs. Johnson recommended that everyone watch the Academy Award-winning documentary "Citizenfour."

Johnson believes that Snowden will eventually be viewed through a similar lens as the American revolutionaries.

So, who's right? Is Snowden a traitor or a hero?