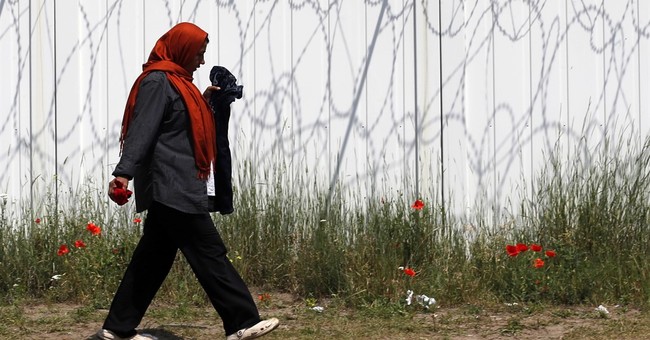 A village in Switzerland has decided to pay a fine of £200,000 rather than accept 10 refugees. The village, Oberwil-Lieli, has a population of about 2,200 people and is an alpine resort town. The residents of the village voted against accepting any refugees in a close 52 to 48 percent vote.

The village is home to 300 millionaires, meaning that the fine probably won't have any real effect on the villagers.

The mayor the village denied that there was a racial motive behind the vote, and expressed concerns that accepting the refugees would send the "wrong message" and encourage people to make the dangerous journey trying to reach Europe. Additionally, there were concerns that the area's schools would have difficulty accommodating any children of the refugees given that they do not speak the same language.

Andreas Glarner, Oberwil-Lieli’s right wing mayor, denied that by refusing to accept refugees they were being racist.

“We were not to be told if the 10 were from Syria or if they are economic migrants from other countries," he said.

“Yes, the refugees from Syria have to be helped and they are better served by being helped in the camps nearer their home.

“Money could be sent to help them, but if we are housing them here it sends out the wrong message. Others will come and risk their lives crossing the ocean and paying people smugglers to bring them.

“They are not likely to be able to speak the language and if some of the refugees have children they will have to go into the local school where they will need special focus.”