Is This Where The Obamas Are Moving After The White House? 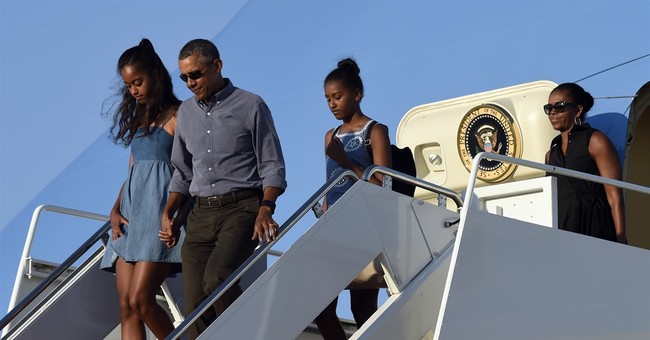 Back in March, President Obama said that he was looking to stay in D.C. after his presidency ended. This was, in part, for practical reasons--his daughter, Sasha, is a freshman in high school. Now, it seems as though we may know where the Obamas will be ending up once they leave 1600 Pennsylvania Ave: somewhere in the Kalorama neighborhood, possibly in the home of a former ambassador.

In January, Paul Brandus, a member of the White House press corps, said that the First Family was deciding between Kalorama and Embassy Row. While an exact house in unknown, NJ points out the one-time home of a Syrian ambassador and another gated property are on the market.

Last October, Jim Bell of Beasley Real Estate told the Washington Business Journal that the Obamas could spend approximately $5 million to $7 million to accommodate all of their housing requirements.

The Obamas are staying in the District so that the family's youngest daughter, Sasha, can finish school at Sidwell Friends. “Transferring someone in the middle of high school — tough," the president told the group in Milwaukee.

No president since Woodrow Wilson has remained in Washington after their presidency. However, Obama is the first president since Jimmy Carter to have a school-age child in the White House at the conclusion of his term.