Marvel Fans Want Captain America to Have a Boyfriend 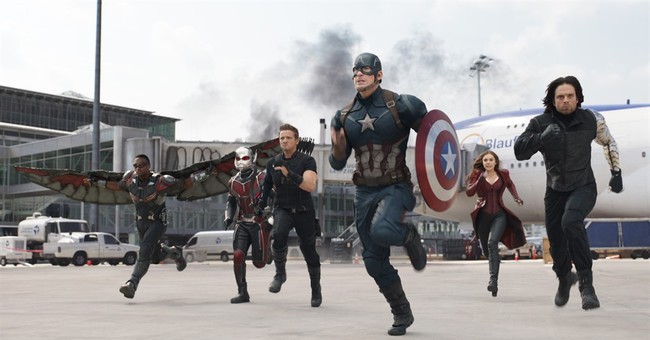 On Tuesday, one of the top trending topics on Twitter was #GiveCaptainAmericaABoyfriend as users expressed their desire for the Marvel superhero to be in a same-sex relationship in the next film.

#GiveCaptainAmericaABoyfriend because this was the last time we saw him smile so brightly and so genuinely pic.twitter.com/X5ynCnKTe1

Many have suggested that Captain America's best friend, Bucky/Winter Soldier, would be a suitable boyfriend.

#GiveCaptainAmericaABoyfriend and by boyfriend i mean bucky

#GiveCaptainAmericaABoyfriend because this is too important to be ignored pic.twitter.com/2n0VQLWz4Y

#GiveCaptainAmericaABoyfriend because it looks like it's about to happen anyway: pic.twitter.com/YnSpOcPrWG

A similar trend, asking Disney to give Queen Elsa a girlfriend, hit Twitter a few weeks ago.

While I personally don't care who Captain America wants to sleep with, I do find it upsetting that the concept of platonic love has been completely tossed aside in the minds of those shipping a Cap/Bucky romance. Love doesn't have to be sexual. A relationship can be completely fulfilling without progressing to the next level.