Fans Urge Disney to Give Elsa A Girlfriend 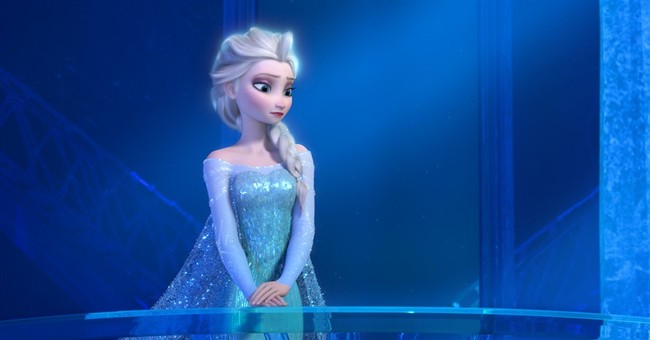 Disney's smash-hit movie Frozen, despite its complete lack of plot and decent-at-best soundtrack, will be getting a sequel in the near future. Some fans of the film are hoping that Elsa will have a female love interest in the new movie, and have started a campaign urging Disney to make this happen.

In the original film, Elsa was unique among Disney princesses/queens in that she did not have a romantic interest--of any gender or species. Instead, the formerly bitter and harsh Elsa realized that the love (in a general, non-eros sense) is the most important thing after her sister Anna sacrifices herself to protect her. Elsa's outpouring of grief for the loss of her sister manages to unfreeze both Anna and Arendelle, ending the eternal winter she inadvertently cursed upon her homeland.

The campaign has reached the actual stars of the film, and Idina Menzel, who voices Elsa, said she was open to the idea of Elsa being in love with a woman--but that it was up to Disney to decide.

“I think it’s great,” the Broadway star and actress told ET. “Disney’s just gotta contend with that. I’ll let them figure that out.” When asked if she’d support the decision if it were to happen, Menzel responded: “No matter what,” as the character “changed my life.”

Given that Disney reportedly recently finished the script for the film and recording is to begin shortly, it's unlikely that the movie will include this plot line.

Personally, I think this is all a bit silly. Shoehorning a sexuality onto a beloved established character won't do anything to change societal attitudes, it will just make people upset that a character they enjoy is being used simply to push an agenda. Further, part of Elsa's appeal is that she's (for lack of a better phrase), a strong independent woman who don't need no man--or woman. It would be pointless for Disney to pull a stunt like this.