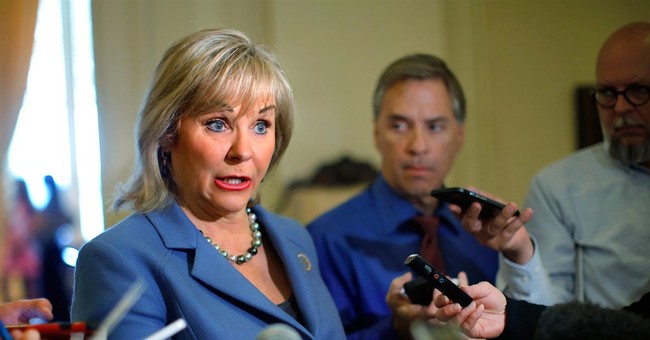 Oklahoma lawmakers have approved a bill that would make it a felony to perform an abortion in the state. The bill was passed in the Oklahoma Senate by a vote of 33-12 and passed the House in April. The bill will become law unless Gov. Mary Fallin (R) vetoes it.

Senate Bill 1552, sponsored by Republican state Sen. Nathan Dahm, passed with a 33-12 vote and no debate. The latest version of the bill cleared the House in late April, and it would automatically become law within five days if Fallin does not sign or does not veto.

"No person shall perform or induce an abortion upon a pregnant woman," the bill's language reads, striking through the clause "unless that person is a physician licensed to practice medicine in the State of Oklahoma. "

"Any person violating this section shall be guilty of a felony punishable by imprisonment for not less than one (1) year nor more than three (3) years in the State Penitentiary," the bill continues.

While the law is a win for pro-lifers, it's almost certainly going to be overturned as it is unconstitutional. Fallin has not yet decided if she will sign the bill.