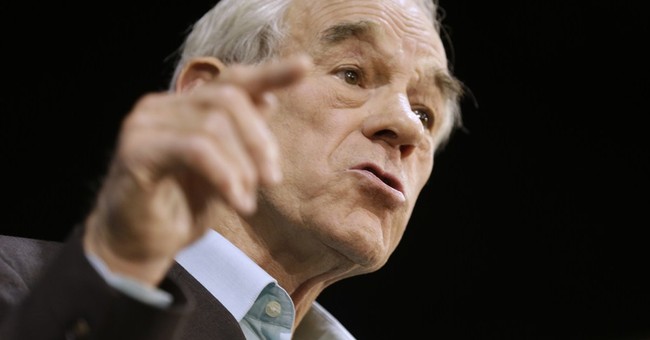 Former Congressman and two-time Republican presidential candidate Ron Paul is not about to jump on the Trump train. Speaking on CNN Thursday, Paul didn't mince words when asked if he would vote for Donald Trump: nope, no-way, never.

"I was very explicit about that. I wouldn't vote for Donald Trump," he said on CNN on Thursday.

Paul noted that some people say Trump is "far superior" or the lesser of two evils, but he doesn't know what the celebrity real estate mogul would do if elected president.

Meanwhile on the Paul front, Sen. Rand Paul (R-KY) was teasing a "yuge" announcement for tomorrow.

The announcement is going to be YUGE. Don't miss it...