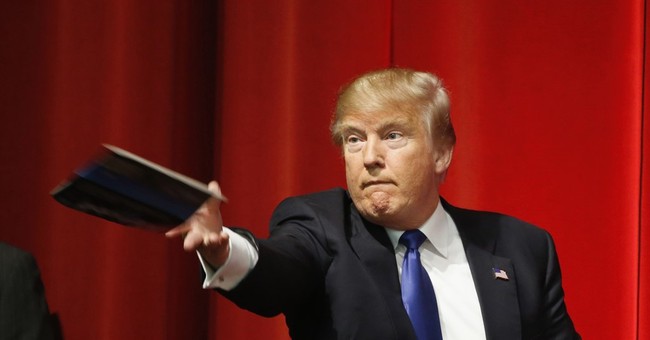 On Friday, Donald Trump announced that he would not be attending CPAC for his planned speech on Saturday. Later on Friday, Politico reported that Trump canceled his speech because he did not want to sit down for a Q&A with CNN's Dana Bash after his remarks.

Amid criticism of the relationship with CPAC’s organizers, Trump also bristled at their insistence that he answer questions from a journalist of their choosing onstage after his speech, according to sources familiar with the planning. They said that internal discussions focused on CNN’s chief political correspondent Dana Bash, who was scheduled to interview Trump’s rival Marco Rubio after his Saturday afternoon speech.

Trump’s campaign “refused to accept the terms and they asked us to change the terms to allow him to give longer remarks,” said Matt Schlapp, chairman of the American Conservative Union, the group that sponsors CPAC. “And we said no to that.”

All other presidential candidates who addressed CPAC also participated in a Q&A.