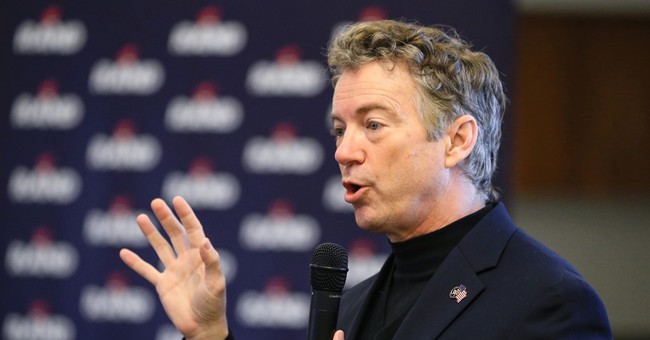 Republican presidential candiate Sen. Rand Paul (R-KY) was quick to jump on the controversy surrounding fellow Senators Ted. Cruz (R-TX) and Marco Rubio (R-FL) and their campaigns use of faux "voting violation" notices to encourage people to go vote in their caucus. According to Paul's version of the flyer, the real "voting violation" is that Cruz and Rubio have missed too many Senate votes.

Hmmm... Looks like Ted Cruz may have received a voting violation as well.

Honestly, this is a pretty clever, timely, and informative post by Paul. He's clearly a very dedicated Senator, and I think it's smart of him to point out how he's still able to commit to his job in addition to running for president. Paul has taken some innovative steps to appeal to a younger population of voters, and this continues that trend.