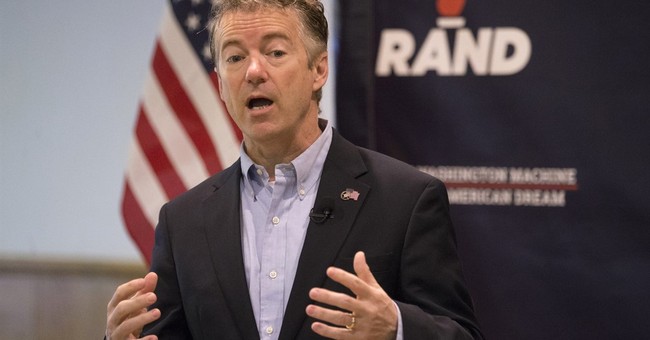 Sen. Rand Paul (R-KY), who is known for his internet savvy, hosted a Reddit AMA ("Ask Me Anything") session yesterday. Reddit, which isn't exactly a bastion of conservative thought, seemed to respond well to Paul's answers and was generally quite cordial to the candidate.

Paul stated that he would remove federal prohibitions on marijuana and would permit banks to do business with companies that sell the drug. This went over very well with Reddit's user base, with one replying that he was "fanboying" over the candidate.

On more serious issues, Paul stated that the national debt was the reason why he ran for office and is running for president, and that he's not an isolationist.

On Reddit, users "upvote" comments they like, and "downvote" ones they do not. Paul's highest-rated comment was his explanation of how he differs from frontrunner Donald Trump; namely, that he has "actual plans and policy," no plans to shut down the internet, and "way better hair."

I think it's good for Paul's image that he's embracing modern and unorthodox ways to reach out to voters. President Obama did an AMA just prior to the 2012 election, and it made him appear human and likable. While Paul is already quite popular among young Republicans and libertarians, it's likely that he gained quite a few new fans through this outreach.
AG Garland Debunks Democrat 'Insurrection' Claims About January 6th
Spencer Brown
Another One: New Poll Shows Biden Approval Sinking into 30's
Guy Benson
Why Did You Do That, Netflix CEO? The Woke Mob Was Mostly Defeated Over Dave Chappelle Controversy
Matt Vespa