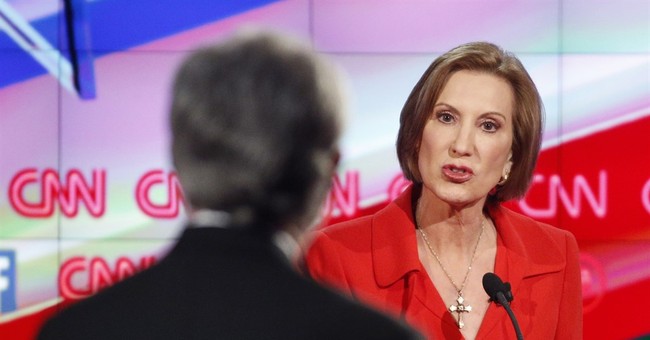 Carly Fiorina didn't hold back on criticizing Hillary Clinton in the opening of the "undercard" debate Thursday night in Charleston, SC.

"Unlike some other women in this race, I actually like spending time with my husband."

Fiorina had used the line earlier in the day at a town hall event in South Carolina.

Twitter users were quick to congratulate Fiorina for her epic burn:

Carly just won the debate in the first two minutes