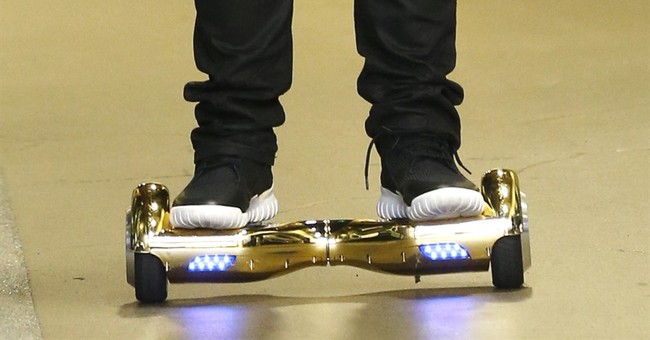 A Florida Congressman learned the hard way that his sense of balance may not be what it used to be, and ended up in the E.R. after taking a spill on a hoverboard his nephew received for Christmas. Rep. Carlos Curbelo (R-FL) tweeted a picture of himself wearing a sling on Saturday afternoon.

Confirmed - #hoverboard is for kids. My daughter got it. I ended up in @BaptistHealthSF #ER. #hoverboardChristmas. pic.twitter.com/ADRrYBB81J

Curbelo later clarified that his nephew had actually been the recipient of the hoverboard, not his daughter--and that his daughter is quite the accomplished rider.

Since my #hoverboard accident is news, let me clarify that the device doesn't belong to my daughter. It's my nephew's. She did ride it well