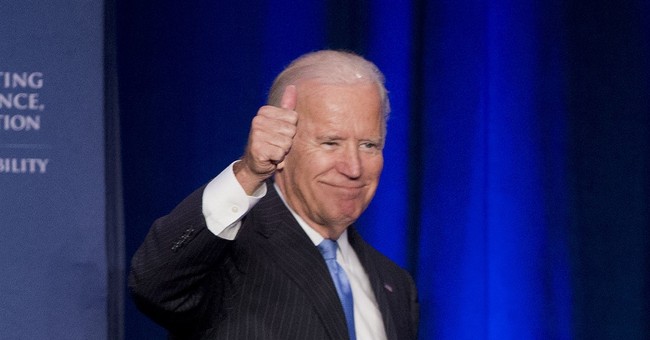 Vice President Joe Biden's decision on a 2016 run will reportedly be announced sometime in the next two days. Stop me if you've heard this one before.

JUST IN: @VP Joe Biden expected to decide whether to enter the 2016 presidential race within the next 48 hrs http://t.co/BKHKrWcqh6

Rep. Brendan Boyle (D-PA) chimed in on Twitter, pointing out that Pres. Bill Clinton entered the 92 election in a similar time frame, and then saying he has a "very good source" saying that Biden is in.

For people who think it's too late for Biden to run, worth remembering Bill Clinton entered the 92 race in October

Biden is polling an average of 19 percent despite not actually being a declared candidate.

But for now, we're just going to have to stay tuned...per usual.