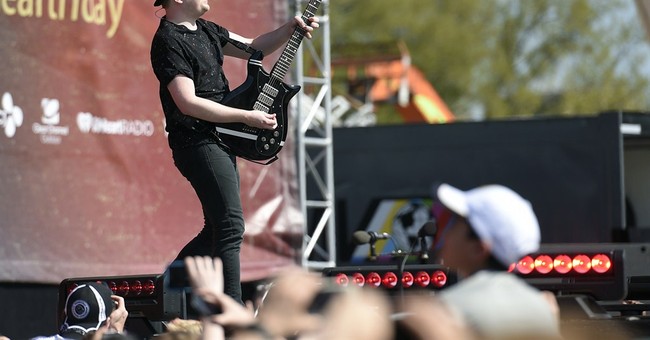 Yesterday was Global Citizen 2015 Earth Day, which was celebrated with a concert and other festivities on the National Mall. While the concert itself was powered by solar energy, the attendees could have learned a lesson or two about taking care of planet Earth.

For instance, check out these trash and recycling cans I spotted near the National Mall, close to the Washington Monument:

scenes from the Earth Day concert on the Mall pic.twitter.com/3kKQOe2qax

Disgusting. Granted, there should have been more attention to detail/park workers actually emptying the trash cans, but this is just gross. This is the National Mall, not a dumpster. There was a definite failure to plan for the estimated hundreds of thousands of people who would be coming in to the area for the concert, and that is concerning.

I was hardly the only person to notice the disgusting state of the Mall:

Trash left over from #EarthDay2015 celebrations and concert at National Mall #ironyatitsfinest pic.twitter.com/MgK12Z9tiY

While I think it's fine that the concert itself was powered by solar energy, there were dozens of incidental factors to the concert that essentially wiped out any benefit to the planet the solar power provided. People traveled to get to the concert in non-"green" ways, and when they got to the show, there were dozens of food trucks (which are not solar-powered) there to sell food that was packaged in styrofoam. None of that is particularly "good" for the environment. Plus, trash was everywhere.