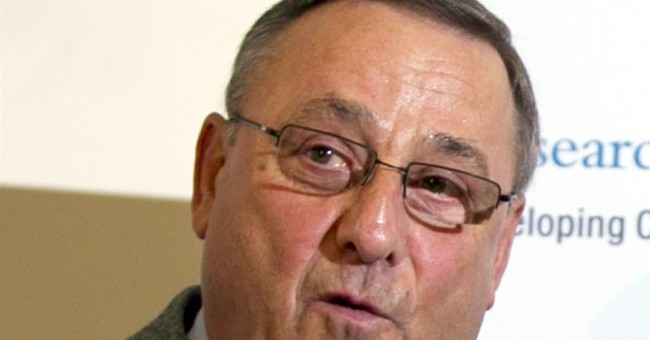 Current Maine Governor Paul LePage won the 2010 election on the slimmest of margins, with just 38.2 percent of the vote in a competitive three-way race. This time around, he's up for re-election against Democrat challenger and U.S. Representative Mike Michaud and independent candidate Eliot Cutler, and polls are showing that the 2014 election is likely going to be another nail biter. Current polls show Michaud with a scant +1.7 lead, although a series of CBS/NYT/YouGov polls had LePage up by a point. If Michaud is elected, he will be the first openly gay U.S. governor.

In 2010, Democrat candidate Libby Mitchell effectively played spoiler to left-leaning independent Cutler's bid for the Blaine House, but Cutler has failed to garner the same level of support this election cycle.

Things could get very interesting as November gets nearer.