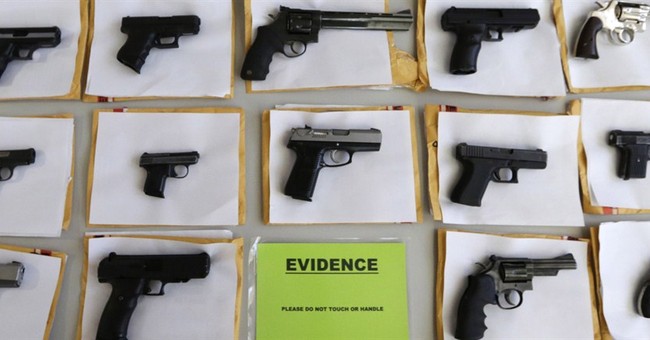 This "map" of "statistics" has been going around Facebook for a while, and recently made a bit of a resurgence. The map purports to show a correlation between areas of high crime and votes for Obama in 2012. There's one problem—it's a hoax.

From a quick glance at the map, several problems immediately jump out:

3. FBI crime maps don't break down county by county on a two-color scale.

Facts are already on the side of the gun debate. There's no reason to discredit the pro-Second Amendment cause with fake imagery for a quick Facebook or Twitter "like."