VP Biden Sends Corsage to Girl Who Asked Him To Prom 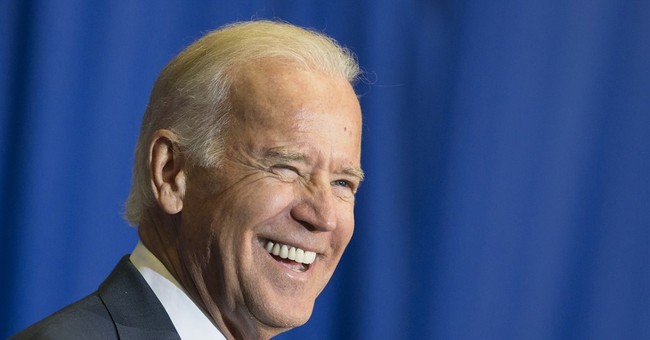 Asking a celebrity to prom is not that uncommon these days, but one Connecticut schoolgirl had an unusual dream prom date: Vice President Joe Biden. Talia Maselli, a senior at Newington High School in Newington, Connecticut, sent Biden a handwritten invitation last fall, asking if he would be willing to escort her to prom.

"I am inviting you so far in advance because I'm sure many 17-year-old girls send you prom invitations, and I had to beat them to it," Maselli said in her letter. "I could only tolerate a high school dance if I was to be escorted by the most delightful man in America."

Maselli said she never expected to actually hear back from the vice president, but the morning before the prom received a surprise delivery: a corsage and a note from Biden, inviting her to come visit the White House. Biden's schedule did not permit him to actually attend the prom.

"I am flattered, but my schedule will not permit me to be in Connecticut on Friday evening," the vice president said in the note. "But I hope you will accept this corsage and enjoy your prom as much as I did mine."

Unfortunately, Maselli did not end up actually attending her prom and plans on pressing the flowers in a book. She admits she is far more excited about visiting Washington, D.C. than she was about prom.

While Masselli's dream prom date might be considered pretty unorthodox by ordinary standards, you cannot deny that Biden was a class act in this situation.