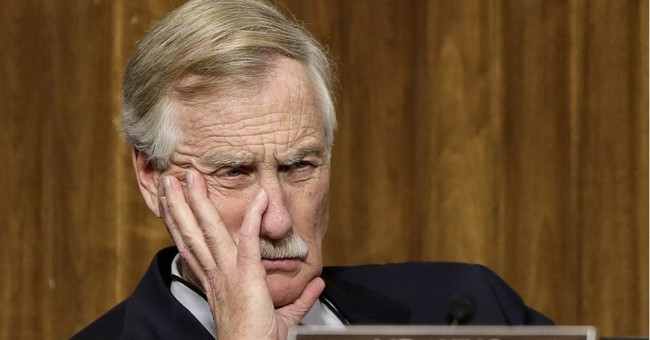 Sen. Angus King, an independent from Maine who caucuses with the Democrats, said yesterday that he may caucus with the Republicans following the midterm elections if the GOP is successful in retaking the Senate. Prior to his election to the Senate, King served two terms as governor of Maine.

King voted with Republicans in blocking the "equal pay" legislation, but made news in March when he claimed that Obamacare didn't exist.

As governor, King spearheaded a program that gave a laptop to every seventh and eighth grade student in public schools. He left the state in a financial mess which he partly blamed on the 9/11 terrorist attack.

NJ Governor Lashes Out at Matt Gaetz, Tells Him He's Never Welcome in the State Again
Leah Barkoukis
Trump Pulls Most US Troops Out of Somalia
Leah Barkoukis