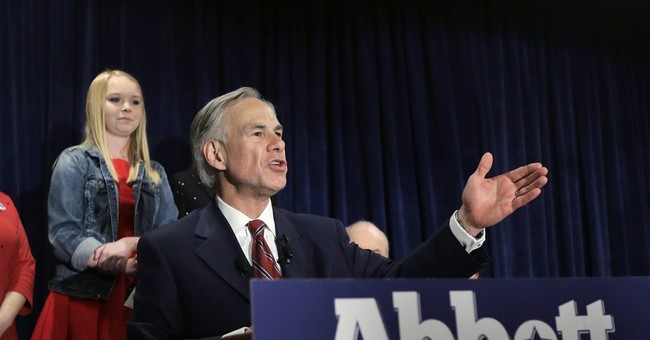 Progress Texas, a liberal group in Texas that supports Democratic candidates, released what appears to be a standard attack ad against Republican gubernatorial candidate Greg Abbott--with one major exception. Abbott is portrayed in the ad standing up holding a piggy bank. Normally, this wouldn't be a big deal and hardly would merit an article, but Abbott was paralyzed from the waist down in 1984 and uses a wheelchair.

He can't stand up.

This is just another odd example of how liberal Texas groups are uncomfortable with Greg Abbott's disability. There really isn't any explaining this away, other than it's truly bizarre.

Note how Wendy Davis, the actual Democratic candidate for governor in Texas, isn't portrayed in the ad, but instead a morose Hispanic woman is shown counter to Abbott. This could be because Davis tanked amongst Hispanics in South Texas.

While modern medicine hasn't been able to cure spinal cord injuries just yet, apparently leftist Texans armed with Photoshop have figured it out.