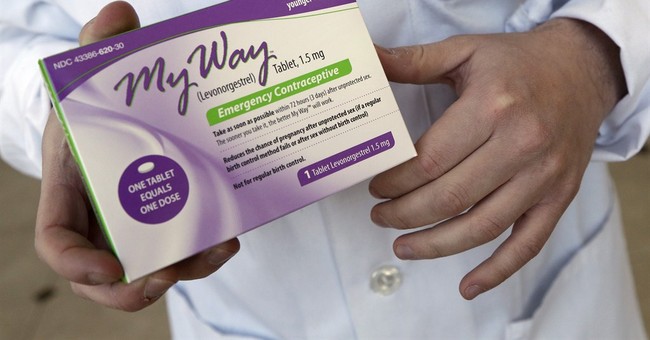 In the midst of the Obama administration's epic battle against a group of nuns over the HHS contraception mandate, new research has come out showing that oral contraception use increases the risk of glaucoma in women.

Glaucoma is a leading cause of blindness.

Researched showed that women who used oral contraception for over a three-year period were more than two times as likely to report being diagnosed with glaucoma than women who did not use birth control pills.

The study found women who used oral contraceptives, no matter which kind, for longer than three years were 2.05 times more likely to also report a diagnosis of glaucoma.

Other side effects of oral contraception include blood clots, heart problems, and liver issues. NuvaRing, another form of contraception that consists of a ring that is inserted vaginally, is currently the subject of a lawsuit and is alleged to have caused the deaths of thousands of young women.

Is it really a good idea to encourage these pills to be widely distributed?