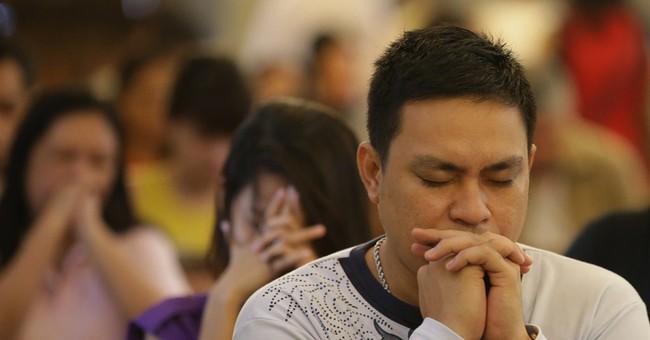 I reported on Saturday that military contract priests were forbidden from celebrating Mass due to the government shutdown, even if they wanted to volunteer and do it for free. Catholics are religiously obligated to attend Mass on Sunday.

The Catholics at the Naval Submarine Base Kings Bay in Georgia, however, were unable to meet this obligation as the government decided to cancel Mass. Their priest was not even allowed to enter the chapel.

He is contracted by the Defense Department to meet the spiritual needs of Catholics, but not now. The chapel doors were locked and the sign said, “Shutdown: No Catholic service till further notice.”

The First Amendment of the U.S. Constitution prohibits the government from interfering with the free exercise of religion. It seems as though this has been forgotten.