Absurd: Military Priests Not Permitted to Celebrate Mass Due to Shutdown 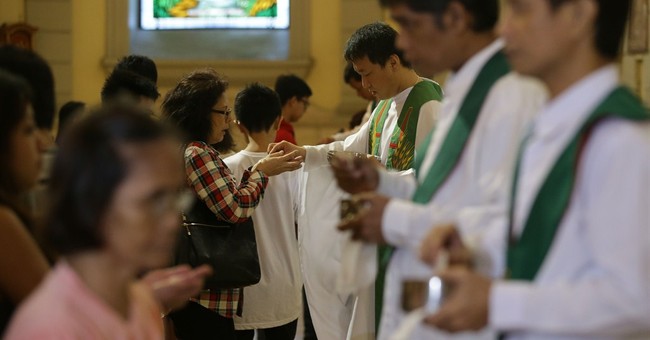 While the Obama administration has not quite been known for its respect to freedom of religion, their latest action is borderline insanity: due to the government shutdown, priests contracted by the military are forbidden from celebrating Mass--even if they want to do it for free.

From CatholicVote (emphasis theirs):

But now there’s a story just coming to light that takes things even further. According the Archdiocese for Military Services, GS and contract priests (who are paid by the federal government as independent contractors in places where there aren’t enough active-duty priests to meet the needs of Catholics in military service) are being forbidden from celebrating Mass, even on a volunteer basis.

If they violate this restriction, they face possible arrest. FOR CELEBRATING MASS.

Approximately one quarter of the military is Catholic, but only eight percent of military chaplains are Catholic priests.

This is just absolutely crazy. If priests would like to say Mass for free, they should be able to. To prevent them from doing so is a violation of the First Amendment. The government is clearly using the shutdown to inflict as much pain as possible, even when it is completely unnecessary.