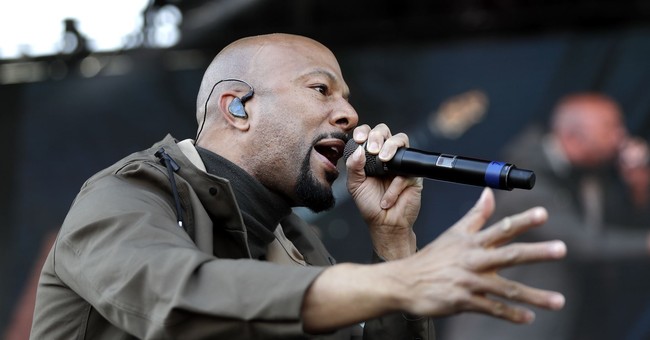 On Wednesday, the National Council of Churches (NCC), which claims to represent more than 45 million people of faith across the United States, held a rally on the National Mall in Washington D.C. to mark the 50th anniversary of Martin Luther King Jr.’s assassination by calling on America to “Act To End Racism.”

The event featured a huge list of speakers, most of whom were pastors, priests, or leaders of religious organizations, but the founders of Ben and Jerry’s, Hollywood actor Danny Glover, and Black Lives Matter activist DeRay Mckesson also made featured appearances.

However, regardless of the individual speakers or their personal backgrounds, all of them had one resounding message: White Americans are oppressing “black and brown people” through a deliberate system of “white supremacy,” and they must repent and seek redemption by taking action to destroy that system.

Among the early morning speakers driving home this message was Rev. Jim Wallis, the founder of the progressive Christian group “Sojourners.” Wallis, who is white himself, frequently made reference in his speech to the idea that white Christians need to “confess” their “great sin” of “white racism” so that they can achieve spiritual salvation [see here for a copy of his full remarks; emphasis mine]:

Confession is telling the truth. Telling the truth to God and the world about ourselves. Jesus says, “You will know the truth, and the truth will set you free.” Confession leads to freedom. This day is about freedom for all of us. Without confession to the sin of white racism, white supremacy, white privilege, people who call themselves white Christians will never be free — free from the bondage of a lie, a myth, an ideology, and an idol.

White Christians, since the founding of America have been living a lie. What does that do to your soul — to live a lie? Confession means to tell the truth — to God and to the world — so Jesus can set us free.

That’s why we say that white racism is our great sin, that it is America’s original sin — foundational to our country.

Wallis also bizarrely made reference to the Marvel movie “Black Panther” as a realistic example of what Africa would look like without the “bondage of colonialism” and quoted a “unity declaration” he had previously signed to make the case that “white racism” is similarly oppressing black Americans:

The historical sin of racism lingers on in America today, continuing and evolving in our social systems of economics and education, policing and criminal justice, housing and gentrification, voting rights and suppression, in our racial geography and, painfully, in the continuing segregation of our churches, which adds to our complicity. Racism is more than individual behavior, language, and overt hostility towards particular people. Racism is systematic and structural in America and harms people of color in very specific, measurable, and tangible ways.

In another one of the early speeches, Rabbi Jonah Pesner, who is the Director of the Religious Action Center of Reform Judaism, echoed Wallis’s sentiments and compared the Biblical story of the Jews’ slavery Egypt to black Americans’ current condition in the United States [see here for a full copy of Pesner's speech; emphasis mine]:

Here we are today, united and together, precisely because we will not allow the opponents of social justice to divide us. We will not be divided by the perpetrators of white supremacy and homophobia and Islamophobia and anti-Semitism.

We will not rest until all of us are free.

The rabbi then led a chant calling for the audience to “honor Dr. King’s legacy and be the movement that finally dismantles white supremacy and overcomes the systemic racism that still plagues our country”:

Hineinu! Here we are, striving to overcome mass incarceration.

Hineinu! Demanding that all citizens of age have access to the ballot.

Hineinu! Mobilizing so that all children can attend school without fear of gun violence.

Hineinu! United and together, we will confront anti-Semitism, racism, and all forms of bigotry.

Other morning speakers struck a similar note in their remarks as the day went on. In just one of many examples, Drake University Professor Jennifer Harvey forcefully denounced white Christians for their resistance to the idea of making reparations to black Americans by supporting a nationwide system of racial wealth “redistribution.” She also called on white Christians to personally follow the Biblical example of Zacchaeus, who gave up half of his wealth to the poor and people that he had cheated in business dealings.

By the afternoon, the rally’s celebrity speakers had come out in full force.

In prepared remarks delivered before the assembled crowd, Ben and Jerry’s co-founders Ben Cohen and Jerry Greenfield, who had also provided free ice cream for the event-goers, made the case that their success in life and business was largely due to them being white.

After recounting their life stories, Greenfield used his part of the speech to argue that “if Ben and I had been black, there never would have been a Ben and Jerry’s. The deck would have been stacked too much against us.” He also declared that “there are millions of black and brown people who have been screwed by a system of white privilege” in America, and that that system keeps black people from being successful by imprisoning them disproportionately and refusing to give them equal access to bank and home loans.

Shortly thereafter, at around 1:30, Danny Glover went up on stage and delivered a long and rambling soliloquy about how terrible America is for valuing property rights and material possessions over “human decency” and the lives of children, directly referring to the March for Our Lives as a wonderful example of activism.

Glover also specifically praised Martin Luther King Jr. for consulting with socialist organizers and bashed American capitalism for having been “built on the suffering and exploitation of black slaves.” Glover then clarified that he also blamed the current system of capitalism in the United States for exploiting poor Americans of all races.

DeRay Mckesson's subsequent speech later in the same hour was pretty predictable if you’re familiar with the standard rhetoric of Black Lives Matter activists. Mckesson’s main point was to proclaim that, while he views white people as oppressors who need to be overthrown, he doesn’t want to lord over white Americans and thusly replace them as a “bully.” Instead, he stressed the vague idea of wanting to “share” power with white people to achieve true social justice.

However, at one point in his remarks, Mckesson also made the somewhat bizarre argument that white racism is ubiquitous in American society because “whiteness does not always just show up as enslavement and lynching,” but it also appears in smaller, more everyday things, such as Band-Aids usually being a color that more closely matches white people’s skin tone. He also complained that the official color “nude” looks more like white people’s skin and held this up as yet another example of white supremacy and racism.

The NCC, which hosted today’s event, claims to represent more than 100,000 congregations and 38 member communions across the country. Among them are the Alliance of Baptists, the Episcopal Church (USA), the Greek Orthodox Archdiocese of America, the Presbyterian Church (USA), the Polish National Catholic Church, the United Methodist Church, and many other groups from a wide array of different Christian denominations.

The NCC is also organizing a National Day of Advocacy and Action this Thursday in which participants from the rally and other supporters are being encouraged to attend workshops and visit their legislators on Capitol Hill to lobby for their political causes.