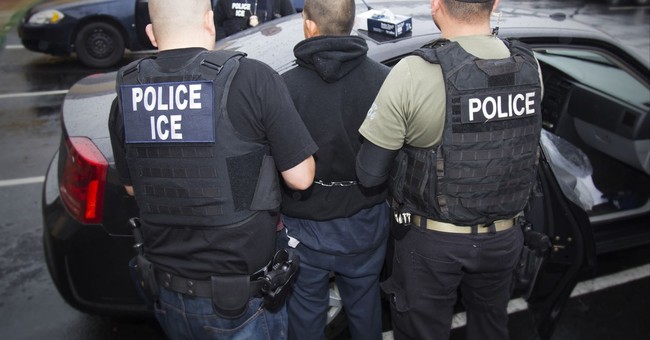 On Tuesday evening at around 8:30 PM, a prisoner escaped from ICE custody at New York’s JFK International Airport just before he was about to be escorted onto a plane and fled the scene in a yellow cab taxi, according to local news reports.

Police have identified the prisoner as Mohamadou Lamine Mbacke. He originally came into the United States lawfully in 2005, but was later convicted for “multiple weapons and firearms offences.”

In September 2015, a immigration judge approved an order for Mbacke’s deportation.

Mbacke’s getaway was made possible in part because ICE agents had taken off his handcuffs before bringing him through airport security screening.

Port Authority Police have released a statement about the incident:

"An individual being transported by federal immigration officials at JFK Airport last night eluded custody during transfer to a connecting flight. A check of video cameras by authorities showed the individual left the airport in a cab.

"Federal authorities would know if he is still at large. He was not taken into custody in the airport by the Port Authority Police Department."

As of publication, Mbacke does still appear to be at large and is being sought by local law enforcement.

Mbacke was last spotted wearing a black or purple shirt, jeans, and sneakers. He is 6'3 and weighs about 190 pounds. Mbacke ran away from the ICE agents escorting him at Terminal 4, Gate B23.

Contact the New York Police Department's Crime Stoppers tip-line if you have information that could lead to Mbacke's recapture.

Check out the ABC 13 report of the incident here.