What's Happening to a Public School Teacher Who Attended the D.C. Protest Should Worry Us All 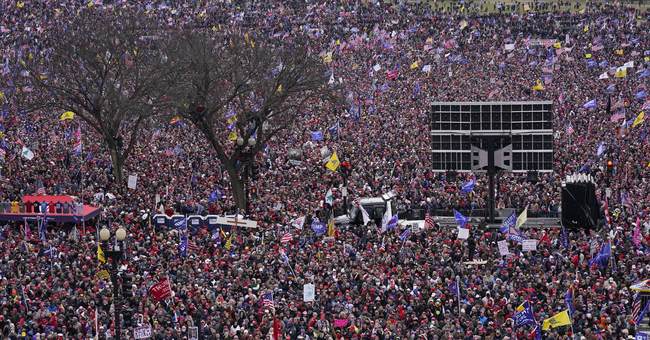 Hundreds of thousands of Trump supporters gathered in Washington, D.C. on Wednesday to protest an election many consider to be unfair. One of those attendees, a public school teacher in Allentown, Pennsylvania, has been relieved of duty pending a formal investigation into his attendance at Wednesday's protest.

"Because of the emotion and controversy stirred by the events of January 6, 2021, the teacher has been temporarily relieved of his teaching duties until the School District can complete a formal investigation of his involvement," reads a statement from Allentown School District Superintendent Thomas Parker.

You can now be relieved of duty because people are emotional.

"Yesterday’s events have added to the confusion and uncertainty our students are experiencing during this unprecedented time," Thomas continued. "To that end, we are reminding our staff to think carefully about what they share online and how it could affect their students and fellow community members. While we all have the right to express ourselves, it is important to do so respectfully. We ask the same of our students and families."

The superintendent said the district remains committed to meeting "the academic, social, and emotional needs" of students.

"Thank you for your support in creating a safe, equitable, and inclusive environment for students to raise questions and develop a diversity of perspectives about our community, our nation, and the world in which we live," Thomas added.

The statement was also provided in Spanish.

Everybody has come out and condemned the rioting that took place on Wednesday. Those who engage in criminal acts at protests should absolutely be prosecuted (and not bailed out by Democrats). But those who peacefully protest are exercising their First Amendment rights and should not be at risk of losing their jobs. Just because some in the protest engaged in criminal acts, doesn't mean you did. If we changed that standard, just about every elected Democrat would be out of work, which wouldn't be the worst thing in the world but you can't count on Democrats to apply rules to themselves. They're big on rules for thee but not for me.