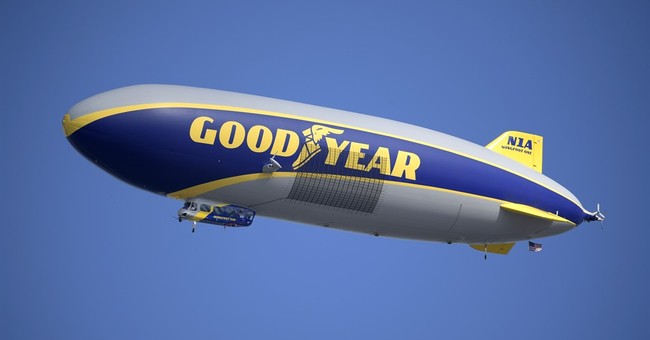 President Trump called for a boycott of the Goodyear Tire and Rubber Company on Wednesday after learning about the company's policy prohibiting employees from showing support for President Trump and the law enforcement community. The policy does allow employees, however, to show support for the Black Lives Matter movement and their pride for LGBTQ. But newly uncovered audio from the Goodyear meeting reveals the Goodyear policy is even more racist and discriminatory than originally believed.

After public uproar, Goodyear defended its policy in a statement, saying employees are only allowed to advocate for causes within "the scope of racial justice and equity issues." But new audio proves that statement isn't true.

"Some people may wish to express their views on social justice or inequity or equity issues, such as Black Lives Matter or LGBTQ pride on their face coverings, shirts, or wristbands," an unidentified speaker can be heard elaborating on the company's policy. "That will be deemed approved because it applies with a zero-tolerance stance."

But the speaker goes on to say that if any Goodyear associate wears "all blue [or] white lives matter shirts or face coverings, that will be not appropriate." Those in attendance couldn't help but laugh at the company's blatantly racist and discriminatory policy.

Goodyear clearly lied in its statement about employees being allowed to advocate for "racial justice and equity issues." The company clearly discriminates along racial lines by allowing employees to only express that black lives matter and not white lives.

When the president called for a boycott of the company, he acknowledged that boycotts are usually a tool of the far-left. But the president thinks it's time for patriots to borrow a page from the Left's playbook and get "better tires for far less" someplace else.

Share this on Facebook
Tweet
With That Much Money Given to Chinese Labs, No Wonder Why Fauci Doesn't Want to Talk About Those NIH Grants
Matt Vespa
White House Opens the Door to More Wuhan Coronavirus Lockdowns
Spencer Brown