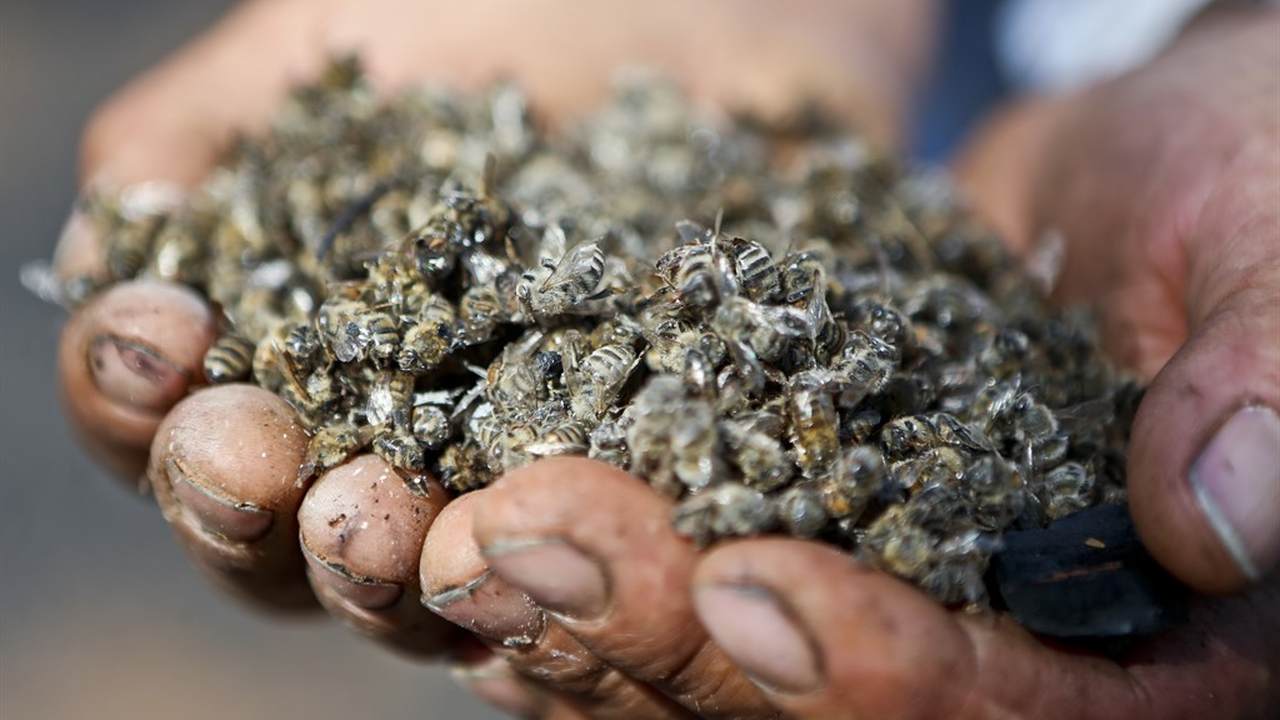 The Asian Giant Hornet, nicknamed the "murder hornet," is the latest export of Asia to wreak havoc in the U.S. While native to places like South Korea and Japan, the insect was detected in Washington State late last year. While the insect is known to devastate crops, it also poses a threat to human beings in its path. In Japan, up to 50 people are killed by murder hornets every year.

The hornets have yellow-orange heads and prominent eyes. Their abdomens are black and yellow striped, and the insect is usually around 1.5 inches long. The queens can grow to be two inches in length.

The New York Times reports the insect uses mandibles, shaped like shark fins, to wipe out entire honeybee hives in a matter of hours. After decapitating the honeybees, the terrorizing hornets then feed the thoraxes of the honeybees to their young. Humans have likened the hornet's stinger and accompanying venom to the feeling of "hot metal driving into their skin," according to The Times. The bees stinger is even long enough to penetrate a beekeeper's suit.

In Dec. 2019, Washington State Department of Agriculture confirmed four sightings of the insect in the state. The hornets had been spotted in British Columbia that fall. The hornets are most dangerous at the end of summer into early fall as they ravage through honeybee populations, which are needed to pollinate crops.

The hornet's sting is not only painful but infects the victim with neurotoxins. Even to someone who is not allergic to bees, a few stings can be enough to kill a person.

Officials in Washington State are beginning to track the hornets and set up traps in an effort to mitigate the damage caused by the invaders.

Share this on Facebook
Tweet
Rep. Cori Bush Has An Issue with Negotiations of Bipartisan Infrastucture Group Because They're 'So White'
Rebecca Downs
This EPIC Tucker Dig At A Mask & Face Shield-Wearing Lloyd Austin Is One For The Ages
Scott Morefield
Biden's Latest Offer to the Unvaccinated Shows the Extent of the Messaging Failure on the COVID Vaccine
Matt Vespa
Biden's Vaccine Mandate for Federal Workers Met with Mixed Reactions: 'An Infringement on Civil Rights'
Rebecca Downs
Biden Kicks Off Vaccine Mandate Announcement by Contradicting CDC Guidance
Spencer Brown
Chip Roy Schools Texas Democrats: 'You're Aware You're Violating Texas Law by Being Here Instead of in Texas?'
Rebecca Downs
CARTOONS | Tom Stiglich
View Cartoon
Most Popular