No Surge of Coronavirus in Mexico, Just 'Acute Lung Infections' 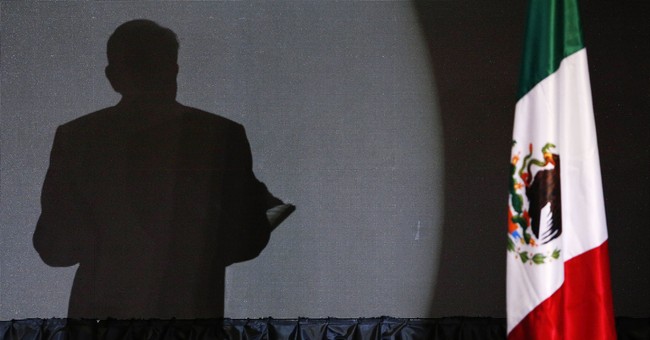 According to health ministry data, acute respiratory infections in Mexico are reportedly up 50 percent this season compared to the previous year, which is certainly attributable to underreported cases of the Wuhan coronavirus.

"Of course that jump in cases is Covid-19, because influenza is on its way out this time of year," said the former national commissioner for influenza in Mexico, Alejandro Macías. "There’s no doubt."

Mexico is monitoring the spread of the coronavirus through a sentinel model, meaning it tests selectively and with narrow criteria. The strategy has been questioned by experts who say the country is walking “blindly through the woods” and that the number of unaccounted cases will make containment harder. ...

The government said on Friday that Mexico had 12,872 confirmed coronavirus cases and 1,221 deaths. Deputy Health Minister Hugo Lopez Gatell has said this model may require the number of confirmed cases to be multiplied by eight to get the full picture.

Some experts say the real multiplier could be as high as 30, which would bring the total number of cases to around 386,000, second only to the U.S.

The underreported cases prompted some in Mexico to call for a crackdown on Americans crossing the border into Mexico, not realizing the true number of actual coronavirus cases is a lot higher. Liberal media also used the faulty numbers to question Trump's actions to increase border security amid the ongoing pandemic.

Here's how the Associated Press reported the news that the Trump administration recently added 60 surveillance cameras to beef up security along the border.

As of Sunday, the 60 added mobile surveillance cameras planned to be manned and operational, according to the documents. That day, the six Mexican states bordering the U.S. reported a total of about 125 confirmed COVID-19 cases, according to Mexico’s health secretary. By comparison, the four U.S. states that border Mexico — California, Arizona, New Mexico and Texas — recorded about 55,000 infections Sunday.

As with China, liberal media didn't question the low numbers. But like the United States, Mexico is a victim here, too. China knowingly lied about the disease in the critical first months when transparency was fundamental in helping countries throughout the world prepare for the onslaught of the new disease that China unleashed on the world.