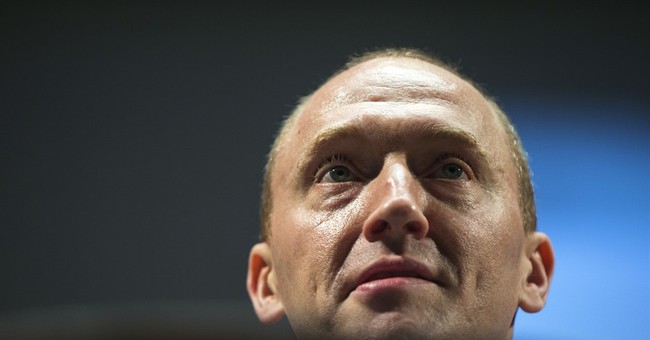 Last week, the Foreign Intelligence Surveillance Act (FISA) court officially acknowledged the FISA warrants that were issued to allow the FBI to surveil former Trump campaign aide Carter Page were invalid. The announcement follows the Department of Justice Inspector General Michael Horowitz's finding that the FBI based its case entirely on the now debunked Steele Dossier and made 17 so-called "mistakes" and "errors" during the FISA warrant application process. On Thursday, Fox News reported that Carter Page has now filed a law suit against the Democratic National Committee (DNC) and other parties who funded the discredited dossier the FBI used to surveil him.

The suit was filed in U.S. District Court in the Northern District of Illinois’ Eastern Division Thursday morning, and was described by his attorneys as the “first of multiple actions in the wake of historic” Foreign Intelligence Surveillance Act (FISA) abuse.

“This is a first step to ensure that the full extent of the FISA abuse that has occurred during the last few years is exposed and remedied,” attorney John Pierce said Thursday. “Defendants and those they worked with inside the federal government did not and will not succeed in making America a surveillance state.”

He added: “This is only the first salvo. We will follow the evidence wherever it leads, no matter how high. … The rule of law will prevail.”

The suit alleges that the DNC, Perkins Coie and partners Marc Elias and Michael Sussman “used false information, misrepresentations and other misconduct to direct the power of the international intelligence apparatus and the media industry against” Page “to further their political agenda.”

The dossier in question was filled with salacious claims about Trump and his associates and has been the subject of fierce controversy ever since its public emergence around the time of President Trump’s inauguration. The document was authored by ex-British intelligence officer Christopher Steele, commissioned by opposition research firm Fusion GPS, and funded by the DNC and Hillary Clinton’s 2016 presidential campaign through law firm Perkins Coie.

Current FBI Director Chris Wray has apologized for how his agency mishandled the surveillance of Carter Page and ordered the agency to make more than 40 corrective actions, 12 of which are specific to the FISA application process.

"The FBI has the utmost respect for this Court, and deeply regrets the errors and omissions identified by the [Office of the Inspector General]," Wray wrote in a recent FISA court filing. "The OIG Report and the affiliated Rule 13(a) letters describe conduct that is unacceptable and unrepresentative of the FBI as an institution."