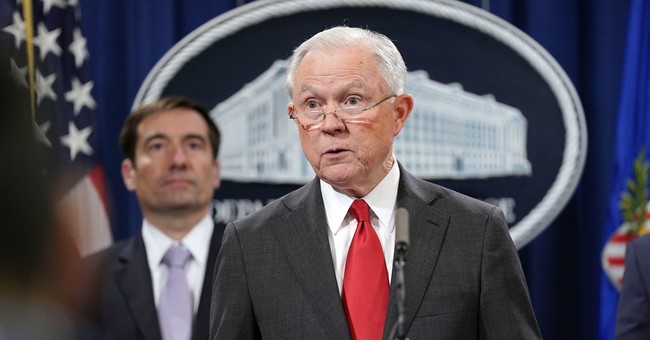 Sessions, 72, left the Senate in 2017 to serve as Attorney General in the Trump administration. Democrat Doug Jones won a special election in 2017 to fill the open Senate. In that race, Republican Senate candidate Roy Moore was marred by a past allegation of sexual misconduct.

Sessions fell out of favor with President Trump when Sessions recused himself from Robert Mueller's investigation into Russia Collusion. Sessions stepped down as Attorney General on November 2018. There has been speculation that Sessions has been eyeing his old seat.

The race for Sessions' old seat has grown into a crowded field on the Republican side. Republicans see the Senate seat in Alabama as a must win in 2020. Rep. Bradley Byrne, Alabama's 1st congressional district, has announced he is running for the seat in 2020. Former Auburn University football coach Tommy Tuberville, Alabama Secretary of State John Merrill, and Roy Moore have also declared their candidacies.

Two sources familiar with Jeff Sessions plans say the former U.S. AG will announce his bid to reclaim old U.S. Senate seat ahead of this week's filing deadline. It has been made clear to Sessions that Pres. Trump intends to campaign against him. https://t.co/KdOBwyzgki