Why Two Democrats Say They Voted Against the Impeachment Resolution 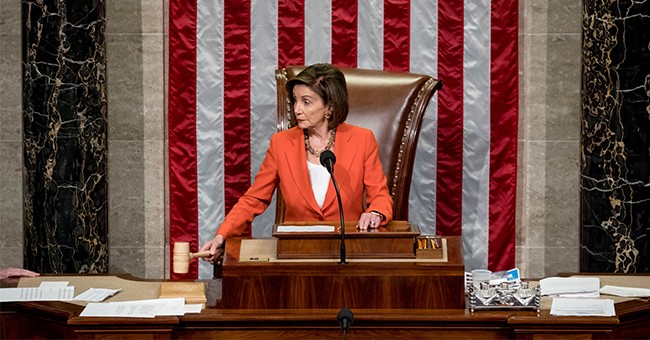 Some Democrats in the House represent districts that voted for President Trump in 2016. Two of those Democrats joined with House Republicans on Thursday in bipartisan opposition against the impeachment resolution. Rep. Jeff Van Drew (D-NJ) and Rep. Collin Peterson (D-MN) chose to put their constituents above their party's abject hatred of the president.

In a statement about the House vote on Thursday, Rep. Collin Peterson called the impeachment a "mistake," saying he would "not make a decision on impeachment until all the facts have been presented."

This impeachment process continues to be hopelessly partisan. I have been hearing from my constituents on both sides of this matter for months, and the escalation of calls this past week just shows me how divided our country really is right now. I have some serious concerns with the way the closed-door depositions were run, and am skeptical that we will have a process that is open, transparent and fair. Without support from Senate Republicans, going down this path is a mistake. Today’s vote is both unnecessary, and widely misrepresented in the media and by Republicans as a vote on impeachment. I will not make a decision on impeachment until all the facts have been presented.”

Rep. Drew said in a press release, "Without bipartisan support I believe this inquiry will further divide the country tearing it apart at the seams and will ultimately fail in the Senate. However, now that the vote has taken place and we are moving forward I will be making a judgment call based on all the evidence presented by these investigations."