REPORT: Trump to Read Transcript of Phone Call With Ukrainian President Straight to the American People 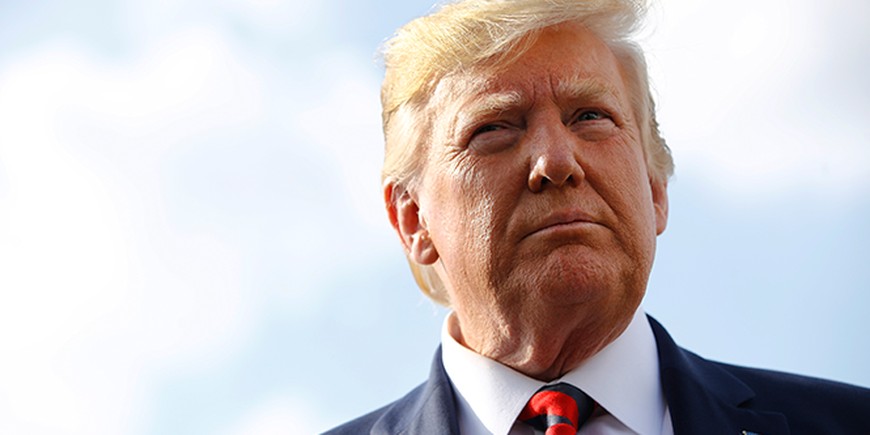 The Department of Justice released the unredacted transcript of President Trump's phone conversation with Ukranian President Volodymyr Zelenksy back in September, after Democrats on Capitol Hill announced an impeachment inquiry into the matter. The transcript does not show that President Trump made a quid pro quo to the Ukrainian president as a whistleblower complaint has alleged.

President Trump has apparently grown frustrated with the media and House Democrats who refuse to accept the transcript's version of what took place during Trump's phone call with President Zelensky. In an interview with the Washington Examiner, Trump said he plans on reading the transcript directly to the American people.

(Via the Washington Examiner)

A defiant President Trump signaled he will not cooperate with the Democratic Party's impeachment proceedings, insisting his telephone conversation with Ukrainian President Volodymyr Zelensky was "a good call" and that he might read it aloud to Americans so they can see his point.

“This is over a phone call that is a good call,” Trump, sitting behind the Resolute Desk, said in an interview with the Washington Examiner. "At some point, I’m going to sit down, perhaps as a fireside chat on live television, and I will read the transcript of the call, because people have to hear it. When you read it, it’s a straight call.”

Tim Morrison, the National Security Council's Senior Director for European Affairs, testified before Congress on Thursday that he witnessed nothing illegal in President Trump's phone conversation with Ukrainian President Volodymyr Zelensky, according to reports. An impeachment resolution passed the House on Thursday despite a bipartisan group of lawmakers voting against it.

Maybe the best way for President Trump to cut through the media's narrative of his phone conversation with President Zelensky is for the president to read the transcript directly to the American people.