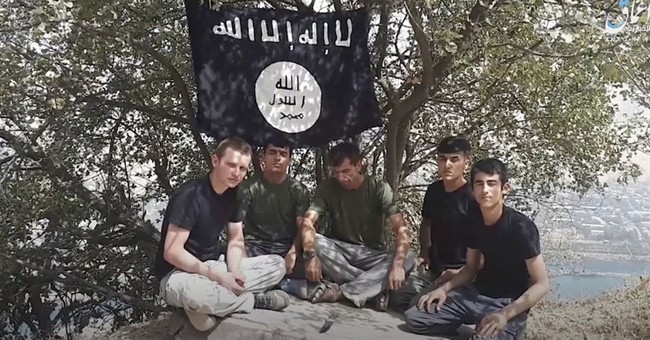 In a new strike in Syria, the CIA has targeted Abu al-Hassan al-Muhajir, the spokesperson for ISIS who is considered to have been ISIS Leader al Baghdadi's right-hand man. The news comes just one day after U.S. forces killed al Baghdadi in a top-secret raid, Newsweek is reporting.

"Continuing the previous operation, terrorist Abu al-Hassan al-Muhajir, the right-hand man of Abu Bakr al-Baghdadi and an ISIS spokesman, was targeted in the village of Ayn al-Bayda, near Jarablus, in direct coordination between SDF intelligence and the U.S. military," Kobane said.

Muhajir was named ISIS spokesperson in 2016 after his predecessor, Abu Mohammad al-Adnani, was killed in a U.S. airstrike, also in Aleppo. Unlike Baghdadi and Adnani, who were known to be Iraqi and Syrian nationals, respectively, and were openly active in Al-Qaeda in Iraq, Muhajir's identity was publicly unknown, though his nickname?—meaning "emigrant"?—suggested he may be a foreigner.

The anonymous militant has offered occasional sermons released via audio messages, and was most recently heard in March, breaking nearly six months of silence as the group's final strongholds in eastern Syria collapsed. Less than a week after his latest message, Trump claimed victory over ISIS.

President Trump confirmed on Sunday that ISIS leader Abu Bakr al Baghdadi had been killed in a top-secret raid. Baghdadi was the founder and leader of ISIS, a terrorist organization that has called for a worldwide caliphate. "Last night the United States brought the world's number one terrorist leader to justice. Abu Bakr al-Baghdadi is dead," Trump said at a White House press briefing on Sunday.

Sen. Lindsey Graham spoke after President Trump at the press briefing, crediting the president for defeating the caliphate in a manner of months not years, and for the successful raid that resulted in the death of al Baghdadi.