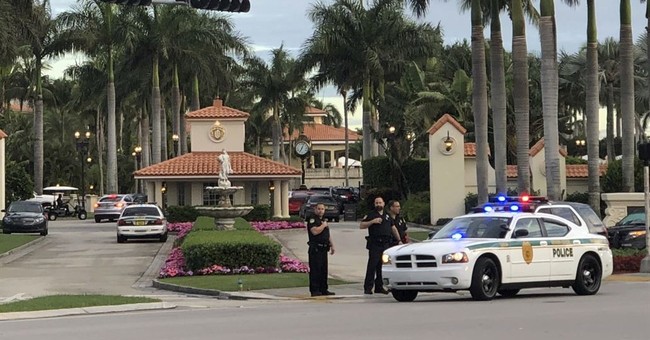 On Twitter, the president announced the decision to remove his own resort from consideration, despite stating previously that he was willing to host the summit at no profit for the resort, and possibly at no cost to the United States.

.....its own 50 to 70 unit building. Would set up better than other alternatives. I announced that I would be willing to do it at NO PROFIT or, if legally permissible, at ZERO COST to the USA. But, as usual, the Hostile Media & their Democrat Partners went CRAZY!

....Therefore, based on both Media & Democrat Crazed and Irrational Hostility, we will no longer consider Trump National Doral, Miami, as the Host Site for the G-7 in 2020. We will begin the search for another site, including the possibility of Camp David, immediately. Thank you!

The president has defended his decision to host the summit at the resort despite accusations from critics that he was using the office of the presidency for his personal enrichment. At a White House press briefing earlier this week, White House acting chief of staff Mick Mulvaney told reporters that the resort was an ideal location to hold the summit, saying "it's almost like they built this facility to host this type of event."
Mulvaney also said the resort had agreed not to profit from the summit, unlike Hunter Biden who made millions on the board of a Ukrainian energy company while his father served as vice president.
Trending Townhall Video
Share this on Facebook
Tweet
'#BidenHateSpeech' Trends, Mainstream Media Criticized for Ignoring Death of 18-Year-Old Cayler Ellingson
Rebecca Downs
Newsom Seeks to Delete Law That Makes it a Crime to Kill a Baby After It's Born
Sarah Arnold
Hillary Clinton Compares Trump Supporters to Nazis
Sarah Arnold
The U.S. Air Force Has Gone Woke
Sarah Arnold
Majority of Americans Want Abbott to Continue Busing Illegals to Dem-Run Cities
Sarah Arnold