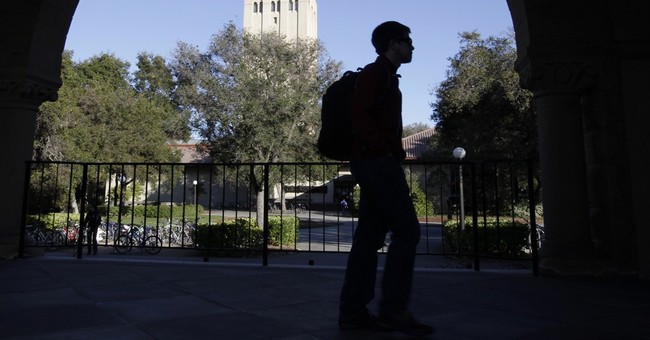 A researcher at Stanford University has confirmed what many have suspected for some time: conservative law professors are being discriminated against at the nation’s most elite law schools.

The study was recently published by James C. Phillips, a non-resident Fellow with the Constitutional Law Center at Stanford Law School. The findings seem to indicate that conservative-leaning law professors are facing discrimination at top-tier law schools in ways distinct from their liberal counterparts.

Titled “Testing a Beckerian-Arrowian Model of Political Orientation Discrimination on the U.S. Law Professor Labor Market: Measuring the ‘Rank Gap’, 2001-2010”, Phillips’ research concludes that “conservative and libertarian law professors are underrepresented in top-tier legal academia, whether compared to the American population overall, those who graduate from law school, or elite lawyers who look like most law professors.”

The study demonstrates that, when looking at the hiring practices of law schools between the years of 2001 and 2010, the three categories of professors labeled “conservative/libertarian”, “liberal”, and “unknown” appear to be unevenly distributed.

This, according to James C. Phillips, is a problem.

“To the extent the legal academy is concerned about diversity, given the significant role politics plays in the law, few types of diversity could be more beneficial to legal education than increased political diversity among law school faculties,” said Phillips. “Ironically, liberal students and law professors will arguably benefit the most if the percentage of conservative and libertarian faculty members increases.”

And while a bias towards the hiring of liberal-minded professors may exist across a number of disciplines within academia, Phillips believes it is particularly harmful in the area of law.

According to Phillips, the inability of law school graduates to “candidly and accurately assess the weaknesses in their own views and the strengths in opposing views” is essentially “professional suicide.”

“Law school graduates who are ill-equipped to make persuasive arguments in front of half of the judiciary are ill-equipped to be lawyers”, says the study. “Likewise, an environment that is subtly or openly hostile to or ridicules conservative or libertarian perspectives will have a chilling effect in the classroom, harming students of all political views.”

The study also discusses the potential negative effects that discrimination against non-liberals in a law school setting can have on national public policy.

“What people learn in law school does influence their real-world views and decisions, particularly in shaping domestic and foreign policy”, wrote Phillips. “And many legal doctrines or policy prescriptions have had their genesis in a law review article promulgated by a legal academic.”

Just how bad is it for conservatives and libertarians trying to find work at prestigious US law schools?

According to Phillips, it costs non-liberal professors 12 to 13 ranks in the schools where they are hired.

This lack of diversity among law school professors is troubling to Phillips. He recently summed up his concerns to the conservative online publication Campus Reform.

“Finally, it hurts law and society,” stated Phillips. “No one political ideology has a monopoly on truth. Through the rough and tumble of the marketplace of ideas, legal scholarship, which often turns into laws via legislatures or courts, can be refined--the kinks can be worked out, so to speak.”

Phillips envisions a bleak and difficult future if conservative law professors continue to be shut out of the nation’s most elite institutions.

“Without this, legal scholarship, and thus our laws, are poorer and fail those they are meant to serve.”