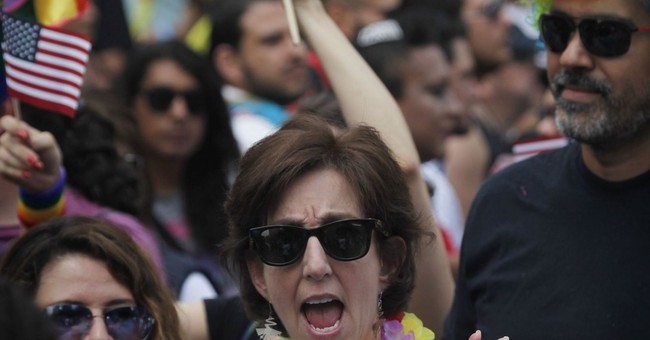 But then, most kids aren’t chosen to be the grand marshal of one of the nation’s largest gay pride parades.

At just eleven years old, CJ Duron self-identifies as someone who is “gender creative.” In a nutshell, it means he’s a boy that goes by he/him pronouns, yet loves wearing lip gloss and nail polish, and “wants to be treated like a girl.” And, as a result, he will be serving as grand marshal of the upcoming O.C. Pride Parade in Santa Ana, California.

CJ will be the youngest grand marshal in the 48-year history of Pride Month.

According to his parents, CJ first exhibited “signs” of being gender nonconforming at age 3, declared himself as such by age 5, and when he turned 8, began also identifying as LGBQT. And although CJ is not yet old enough to drive a car or get a job, his parents have already raised quite the activist.

He’s reportedly seen the film “Milk”, the R-rated story of assassinated gay martyr Harvey Milk (who, though liberals don’t like to acknowledge it, was alleged to be a known pederast and predator.) CJ coordinated a letter writing campaign, that resulted in his school district’s requirement that all PE classes be co-ed. He’s met with members of the American Academy of Pediatrics in Washington, DC, to instruct them on how to work with “non binary kids”. And, he believes that children whose parents aren’t as supportive as his ought to be removed from the home, and placed in an orphanage.

It probably won’t surprise anyone to know that CJ’s outspoken mother, Lori Duron, has authored a blog, a book, and has quite an Instagram following--where among other things you can find young CJ photographed either sitting in the laps of, or being embraced by, a number of male drag queens. Lori’s son is quickly becoming, it would appear, the beloved and decidedly glittery poster child for the LGBQT community.

As troubling as it may be, children are becoming a much more common fixture at pride parades and events, in general. “Love is love” continues to be the dominant message pushed by the progressive liberal media, when it comes to homosexuality. And who better to represent that sentiment than a young child? Gay pride-themed shirts are now available in sizes from toddler to teen in stores as mainstream as Target and Old Navy, and Today.com tells parents that gay pride month is “a great time to open a child’s mind”, as they go on to recommend 15 different picture books designed to educate young kids about pride.

Lori hopes her son’s acting as grand marshal will send “a message to those haters who came out so strongly after last year’s pride that it doesn’t matter. We are still right here, supporting our son and loving him no matter what. It’s about him and making sure he’s happy and healthy and sure of who he is and able to be his most authentic self. It’s not about what they think or what they tweet."

Haters in this context are, of course, conservative opponents of the LGBQT agenda, who worry that children like CJ are being coerced and exploited at best, and abused at worst. Many feel that these children are essentially pawns, used and co-opted by a community that boasts significantly higher rates of STDs, depression, and suicide. (Even in nations that are quite LGBQT-friendly.) For all the talk of “love is love”, many conservatives reason, children are children--and ought not be indoctrinated about matters related to sex, or the scientific impossibility of “gender creativity.”

What can’t be denied, regardless what anyone thinks, is that CJ Duron is making a name for himself. Later this month, he will be christened as the new, pre-pubescent face of the LGBQT movement.