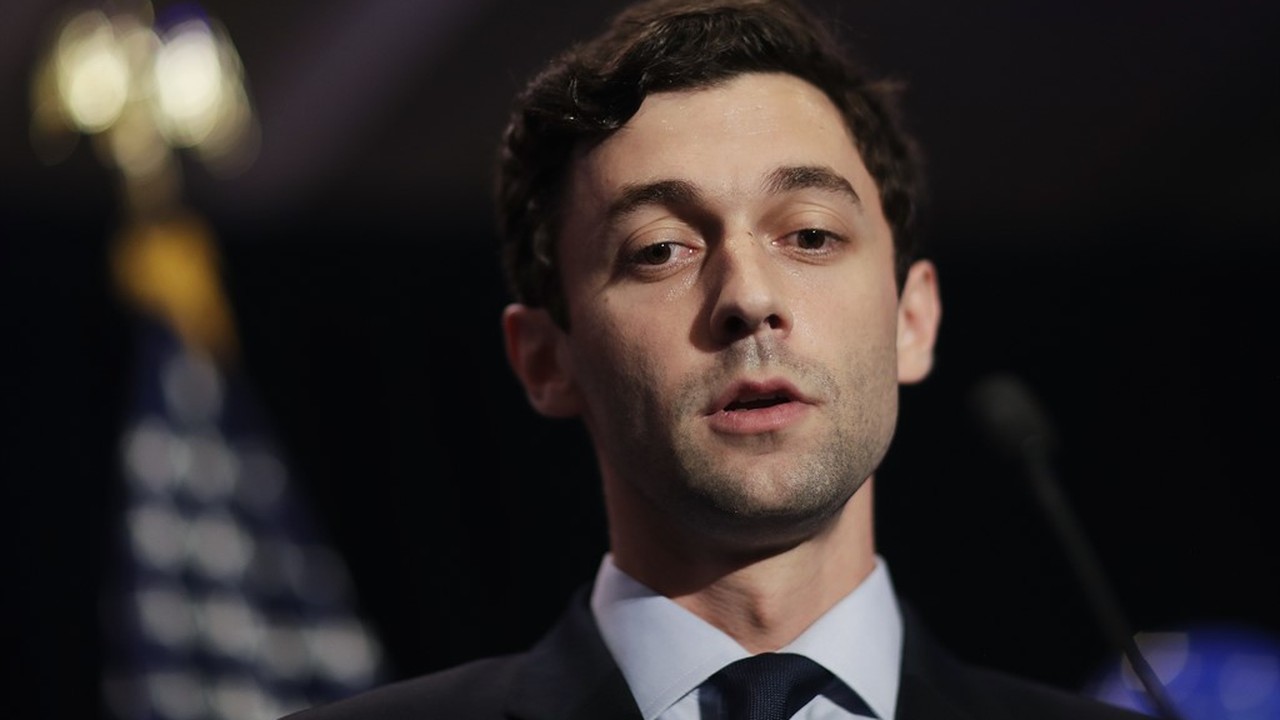 All eyes are on Georgia, where two Senate seats are headed to a runoff at the beginning of January. The seats are important because it could mean the Republicans keep a slim majority in the upper chamber. Should Democrats pick up both seats, it would mean a straight 50-50 tie between the two parties.

Democrat Jon Ossoff is doing everything in his power to beat incumbent Republican Sen. Kelly Loeffler. It's why he's pleading with Democratic Party donors to toss more money at him, the Democratic National Committee, and his race. Just look at the pathetic email that Ossoff sent to donors:

It's been a long year, [voter name] -- and I'm grateful that you've put so much energy into our party. But I am coming to you once again today, because despite all of that, the fight isn't finished yet. Georgia and control of the Senate are still on the line, and with this runoff taking place on January 5, time is quickly running out to put the pieces in place that we need to win.

If you can dig deep and pitch in to split a $10 contribution between my campaign and the DNC today, you can make an incredible impact on the mobilizing work we're doing here in Georgia and across the entire country.

We need to turn out even more Georgians than we did in the recent election if we have a chance of beating my Mitch McConnell-backed opponent -- and we now have even less time to do that. But just think, [voter name] : If it weren't for early grassroots investment in Georgia, we wouldn't even be in the position to have a runoff in this historically Republican state. We're on the verge of flipping Georgia, delivering Joe Biden a Democratic Senate, and moving this country forward -- but I mean it when I say that can only happen with committed Democrats like you in our corner. I'm sure of it. That is why I must ask:

Will you make your first $10 donation split between my campaign and the DNC to win this runoff in Georgia, flip the Senate, and move our country forward?

Every hour, every minute, and every week is an opportunity to meet people on the ground in their communities and mobilize new folks to join our campaign. If we wait until January -- or even next month -- to kick this race into high-gear, the gains that we've made in the Senate and the White House will be met with Mitch McConnell's obstruction. That makes Georgia and this race the political ground zero for addressing the changes our communities are asking for.

Georgians will be voting in this critical Senate runoff before you know it, [voter name], so the time to act and make your strongest impact on the future of our country is now. We can both rest when we've won, but for now we need to fuel the organizing, outreach, and mobilizing efforts to finish this race strong.

Split a $10 donation -- or whatever fits your budget -- between my campaign and the DNC. Your support while it's early in the runoff can help flip Georgia, take back the Senate, and get our country moving forward.

P.S. Georgia and the Senate are still on the line, so our fight is still not over, [voter name]. We need to have the resources in place now to reach and mobilize Georgians in numbers higher than we did before. Please split a $10 donation between my campaign and the DNC to help win this race and races across the country.

The Democrats must be hard-pressed for money if they're repeatedly asking for $10 donations to be split between the campaign and the DNC. Their ability to flip Georgia is slim. Just look at how many Democrats said Texas would go blue, and it backfired tremendously.