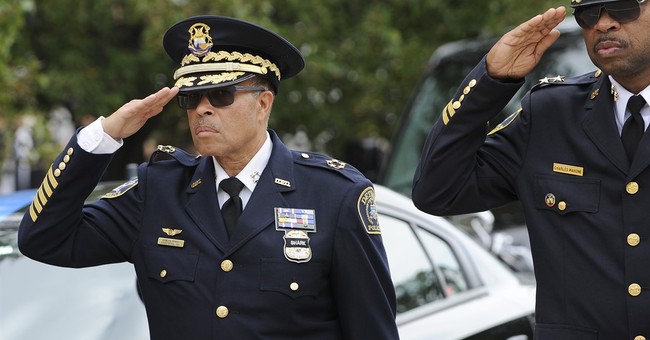 Portland police routinely attack peaceful protestors with brute force. We must disarm these officers, and every other police department in America, of weapons of war, and enact a nationwide ban on tear gas, rubber and plastic bullets, and bean bag rounds. https://t.co/PDZcjhmSLB

According to Craig, the senator's statement is "absolutely ridiculous."

"You know what I find fascinating, Martha?" the police chief asked Fox News' Martha MacCallum. "And even Rashida Talib out here in my state of Michigan who is calling for me to resign, let me just say this: when are we going to start talking about disarming criminals?"

“I’ve been on the record. I support law-abiding citizens to be armed, but criminals?” the police chief asked, clearly confused. "And so it's okay to attack police officers and then, everyone always says one thing: 'these were peaceful protestors.' So I guess when you're throwing Molotov cocktails, railroad spikes, other projectiles, you're using green lasers, I guess that constitutes being 'peaceful.'"

"We've been dealing with this in excess of 100 days," he said, referring to the chaos in Portland, Oregon. "Six instances where we had to use force becuase they were either attacking us or they resisted a lawful arrest. Enough is enough."