Tara Reade: If Biden Wants to Put My Allegation to Rest, Here's What He Will Do 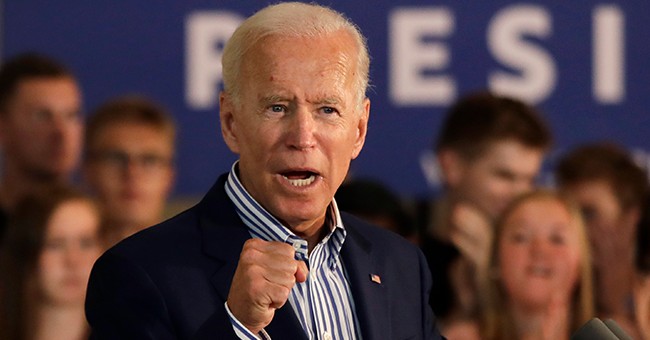 "Believe all women." It's a drum the Democrats have continually beat, especially when it comes to Republicans. But it seems like no matter what happens, Democrats and the Democratic Media Complex pick and choose what women they want to believe. Just look at Tara Reade.

Reade worked for Biden's office from December 1992 to August 1993 as a staff assistant. Reade claims "Biden pinned her against a wall in 1993 and reached under her shirt and her skirt."

Ever since she brought forth a sexual assault allegation against the former veep, the mainstream media has been silent. Even after a clip from “Larry King Live” in 1993 shows Reade’s mother calling into the show to ask for advice on her daughter's behalf, there was absolutely no talk of the clip on weekend news programs or Sunday talk shows.

Two other people – a former neighbor and a former co-worker – came forward to corroborate Reade's allegations. And guess what? The Democrats and their media cohorts are still silent.

Reade is calling on the former vice president to unseal documents related to her 1993 allegations. She reportedly complained about the harassment to three people who did nothing but she did file a written complaint with the Senate's personnel office.

“Joe Biden, I want you to release all the personnel records from 1973 to 2009 and be transparent about your office practices,” Reade told the Daily Caller. “I would like to hold you accountable for what happened to me, to how your staff protected you and enabled you, bullied me multiple times into silence.”

“You ended my career. You ended my job after you assaulted me. You claim to be the champion of women’s rights, but your public persona does not match your personal actions," she said. "I want this brought to light and I want you to admit it in public. I want a public apology for calling me a Russian agent and having other people try to smear my character in order to cover your crimes.”

The Biden campaign has repeatedly denied the allegations. In fact, the campaign put out a statement from Marianne Baker, the office manager at the time.

“In all my years working for Senator Biden, I never once witnessed, or heard of, or received, any reports of inappropriate conduct, period — not from Ms. Reade, not from anyone,” Baker told The Intercept. “These clearly false allegations are in complete contradiction to both the inner workings of our Senate office and to the man I know and worked so closely with for almost two decades.”

There are almost 1,900 boxes of documents and 415GBs of electronic records in the files. Documents include everything from correspondences, legislation, and committee reports, The Washington Post reported. Reade believes her complaint is likely found somewhere in those files.

Editor's Note: Want to support Townhall so we can keep telling the truth about Joe Biden? Join Townhall VIP and use the promo code WUHAN to get 25% off VIP membership!