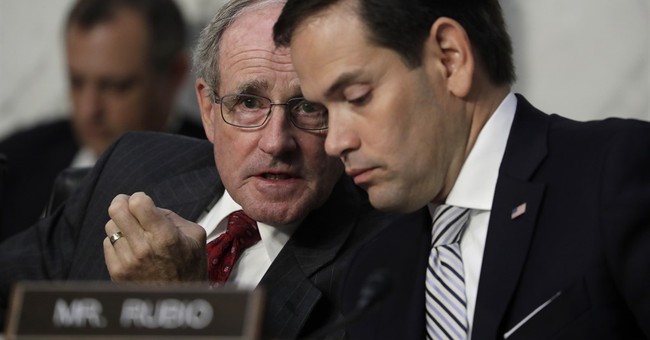 Senate Foreign Relations Committee Chairman Jim Risch (R-ID) on Wednesday called for an independent investigation into the World Health Organization's handling of the Wuhan coronavirus. The WHO failed to alert the rest of the world about the virus, even though Taiwan blew the whistle back in December. The WHO continually pushed the Chinese regime's propaganda, like the claim that the coronavirus does not transmit from human-to-human. We now know that was a flat out lie and China was attempting to keep things under wraps.

Risch believes the calls the WHO made are wrong and need to be looked at more closely.

“The WHO has failed not only the American people, it has failed the world with its flagrant mishandling of the response to COVID-19. Dr. Tedros Adhanom Ghebreyesus’ apparent unwillingness to hold the Chinese Communist Party to even the minimum standard of global health and transparency hindered the world’s ability to blunt the spread of this pandemic. It is completely unacceptable that the world’s global health organization has become a political puppet of the Chinese government," Risch said in a statement.

“An independent investigation into the WHO’s handling of the COVID-19 response is imperative. The United States is the largest contributor to the WHO. Our valuable tax payer dollars should go towards investments to prevent the spread of disease, not to aid and abet cover-ups that cost lives and isolate portions of the world’s population on political grounds, as has been the case with Taiwan," the chairman said. "I look forward to a truly independent and fulsome review of the WHO and an examination of the U.S.’s financial support for its efforts in the future, with an eye towards very significant reform or possible replacement of the WHO.”

President Donald Trump on Tuesday announced a freeze on U.S. funding for the World Health Organization because of their handling of the Wuhan coronavirus.