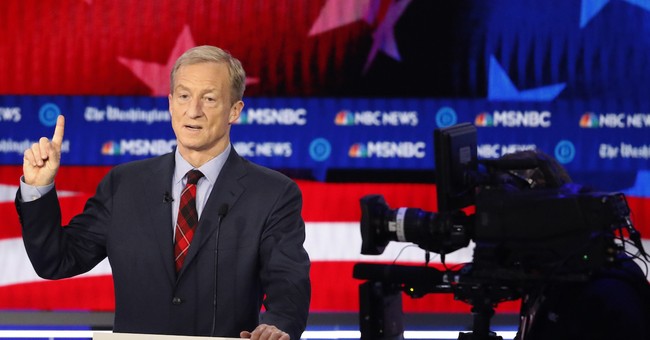 During Tuesday night's debate, Sen. Bernie Sanders (D-VT) doubled down on his previous statements praising Fidel Castro for the communist dictator's education and health care plans, something he has repeatedly come under fire for. In fact, CNN even dedicated an entire segment to chide the Vermont senator of his life-long support of Castro.

After the debate, billionaire Tom Steyer sat down with MSNBC's Chris Matthews. Naturally, one of the topics that came up was Sanders' views of the Castro regime.

"Sanders' ideological flirtations, whatever you call them over the years – I grew up with [Fidel] Castro as a kid," Matthews said. "We all rooted for him until he started executing one of his enemies by firing squad, aligning himself with the Soviet Union and, at one point, aiming medum-range nuclear weapons at every one of our major cities short of Seattle. We began to think, 'Maybe he's not our friend.'"

Sanders continually praises Castro but look at what Cuba is today. People continually flee the country for the United States because they're persecuted for their beliefs. The Communist Party of China restricts people's travel, freedom of the press and stifles public discourse. But somehow America is supposed to look up to these so-called "leaders." There's a reason people flee Cuba for America... and it's not to leave one communist country for another.

.@TomSteyer slams @BernieSanders during an interview with Chris Matthews, saying the current frontrunner "is saying nice things about someone who was an enemy of the United States." pic.twitter.com/Fi78ic2Q9h