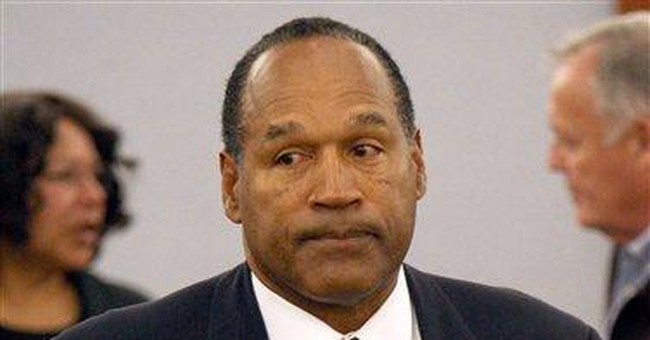 Former National Football League (NFL) running back OJ Simpson decided to join Twitter on Saturday, which marked the 25th anniversary of his wife, Nicole Brown Simpson's, death. He posted a video on the newly-created account with a message.

“Hey Twitter world, this is yours truly and I’m coming soon to Twitter. You get to read all my thoughts and opinions on just about everything." This should be a lot of fun. I’ve got a little getting even to do,” he said with a smile. “So God bless, take care.”

Nicole Simpson and her friend, Ron Goldman, were stabbed outside of her home in 1994. OJ became the prime suspect in the murders and his trial gained international attention. In 1995, a jury found him not guilty.

Although he was found not guilty in the murder trial, he was convicted of armed robbery and kidnapping in 2007. He was sentenced to serve a minimum of nine years without parole and a maximum of 33 years. He was eventually released in October 2017.

People had mixed reaction to the news, but most of them referenced his wife's killing:

This account's gonna be killer.

I hope that you are making some progress in identifying the real killers.

Who do you need to get even with and what are you going to do to them?

Me leaving Twitter when I hear OJ say he's got some "getting even to do." pic.twitter.com/OSVxB8sVXo

Let's see what his "opinions" are on things.