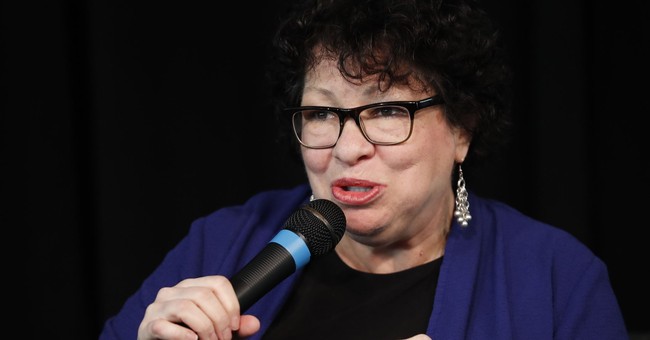 Supreme Court Justice Sonia Sotomayor on Friday was inducted in the annual National Women’s Hall of Fame. She was nominated in 2009 by President Barack Obama and made history when she was confirmed as the Court's first Hispanic justice. Sotomayor has consistently sided with the Court's liberal decisions, The Hill reported.

All inductees are nominated by the general public. Experts in an array of fields judge the nominees and ultimately make their pick.

“We are pleased to add these American women to the ranks of inductees whose leadership and achievements have changed the course of American history,” hall of fame President Betty Bayer said during the ceremony on Friday.

The formal induction will take place in September, just outside of Seneca Falls, New York. The city is believed to the the birthplace of the women's rights movement. So far, 276 women have been inducted into the hall of fame since 1970., not including the 2019 inductees. Other inductees include suffragist Susan B. Anthony to celebrity chef Julia Child, Vietnam Veteran’s Memorial designer Maya Lin, singer Ella Fitzgerald and former senator and secretary of state Hillary Rodham Clinton, the Associated Press reported.