Michael Cohen Has Reportedly Been Disbarred 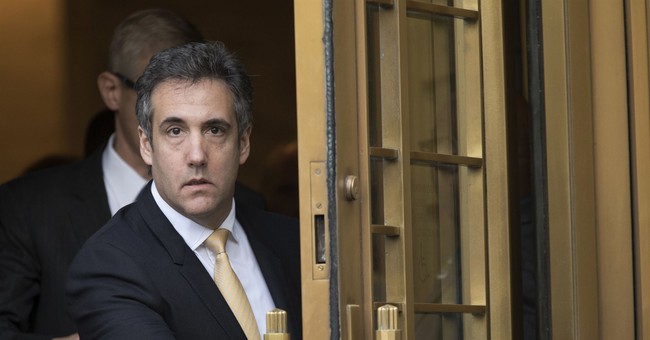 The Attorney Grievance Committee for the First Appellate Division oversees attorney behavior and misconduct for attorneys who have business in Manhattan. The Committee filed paperwork on Tuesday, saying Cohen should not be allowed to practice law again, NBC News reported.

"The Committee contends that respondent was automatically disbarred because respondent's conviction under 18 USC § 1001(a)(2) (making false statements to the U.S. Congress), if committed in New York, would constitute the felony of offering a false instrument for filing in the first degree," the court filing said.

Back in August 2018, Cohen entered a guilty plea to charges of making false statements, tax evasion of and campaign finance violation

“Specifically, it was alleged, and respondent expressly admitted at his plea, that on or about August 28, 2017, he knowingly and willfully made a materially false and fraudulent statement and representation, namely, he caused to be submitted a written statement to SSCI containing material false statements," the ruling said.

The decision only applies to New York State, the only state Cohen has ever been barred.

On Tuesday, Cohen began three days of testimony on Capitol Hill. He is scheduled to report to prison on May 6, at which point he will begin serving out his three-year sentence.