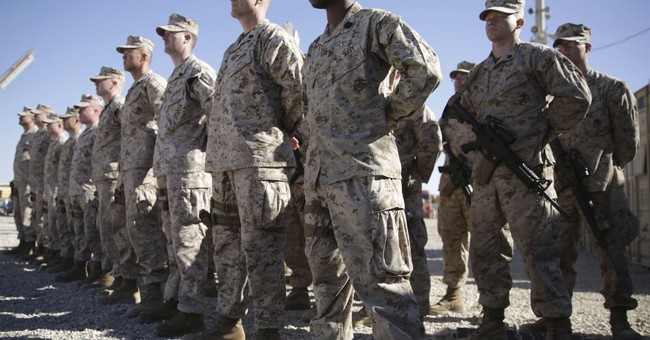 Three Virginia businessmen were charged with attempting to defraud the United States Military by engaging in illegal commerce in Iran and laundering money internationally in an attempt at winning contracts in Afghanistan.

In 2012, Anham FZCO, a defense contractor based in the United Arab Emirates (UAE), which maintained offices in Dubai, UAE, Jordan and the United States, was awarded an $8 billion contract to provide food and supplies to U.S. troops stations in Afghanistan. During the bidding process, Anham said they would build two warehouses to provide supplies. According to the indictment, Anham executives knowingly provided false estimates of the completion dates for the warehouses and by providing the government with misleading photographs intended to convey that Anham’s progress on the warehouses was further along than it actually was. The company allegedly took construction materials and equipment to a site in February 2012 when they created the false appearance of an active construction site. Anham took photos, sent them to the Department of Defense as "in-progress," and then deconstructed the temporary site.

According to the Department of Justice, bidders were required to certify that they abide by the Iran Sanctions Act, which prohibits U.S. citizens and companies from engaging in commercial activity in Iran. The company allegedly violated the sanctions by shipping warehouse materials to Iran and then, eventually, Afghanistan. They did this as a means of saving money.

"According to the indictment, after learning that the Wall Street Journalwas planning to run a story detailing Anham’s practice of shipping materials through Iran, Abul Huda Farouki sent an email to a senior Department of Defense official, which falsely claimed that senior management at Anham had been unaware that the transshipments through Anham had taken place," the DOJ said in a release.

A similar situation occurred with the National Afghan Trucking (NAT) contract, which was a $984 million contract that required Anham to supply trucking services to the U.S. Military in Afghanistan. Instead of shipping trucks directly to Afghanistan, Anham allegedly violated sanctions against Iran and transported trucks through the country.

Abul Huda Farouki, 75; his brother Mazen Farouki, 73; and Salah Maarouf, 71, were each charged in an indictment filed in the District of Columbia with two counts of major fraud, one count of conspiracy to violate the restrictions on doing business with Iran, four counts of substantive violations of those restrictions, and one count of conspiracy to commit international money laundering.

Abul Huda Farouki was the chief executive officer of Anham and a major Democratic donor. He had previously donated to Bill Clinton, Barack Obama and Hillary Clinton. He was also a former member of the Clinton Global Initiative. Farouki's company was awarded contracts when President Obama was in office and Hillary Clinton served as Secretary of State.