College Hosts 'Social Justice Month' And Their Star Speaker Is None Other Than...David Hogg 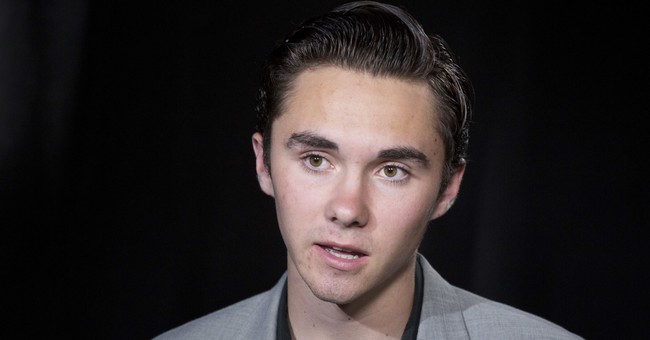 Southern Connecticut State University (SCSU) has dubbed the month of November as "Social Justice Month." The college campus is hosting a number of events focused on ensuring "that all members of the community are treated with dignity, respect, kindness, compassion and civility." Event topics range from masculinity, cisgender privilege, LGBTQ+ communities, immigration, and racial justice, Campus Reform reported.

To round out the month, SCSU invited gun control advocate and March For Our Lives Co-Founder David Hogg to speak on campus.

This is the event's description:

A survivor of the largest school shooting in American school history at Marjory Stoneman Douglas High School in Parkland, Florida, David Hogg turned his anger into action by co-founding the March For Our Lives Movement against gun violence. His grassroots activism and social media mastery have mobilized millions of young people to find their voice, speak out and engage in change.

Now speaking to audiences across the nation, David brings an inspiring message of active citizenship and an urgent call to action. Declaring that "the sun shines on a new day, and it is ours," David calls upon his generation to get involved and drive change on myriad issues.

According to Campus Reform, the university is spending $25,000 on the events taking place throughout the month. Hogg's speaking fee is included in that amount although it's unclear how much he's making from the gig.

Speech First founder Nicole Neily disagreed with the university's decision to bring Hogg to the school but not a Second Amendment advocate.

It's the prerogative of the event organizers to invite any speakers they’d like. However, if a university only invites speakers from one side of an issue, this is a missed opportunity for attendees – and participants! – to hear from a broad spectrum of viewpoints on a highly contentious topic and to make up their minds for themselves.

When strongly-held views are challenged by an opposing position in a well-reasoned, effective manner, people are able to both reevaluate their original positions as well as to adapt and revise their arguments to better address their opponents’ points – both of which are critical steps in the pursuit of truth.

Just imagine how productive a debate between David Hogg and Kyle Kashuv could be – survivors of the same tragic shooting in Parkland who emerged as activists on opposite sides of the Second Amendment debate.

To make matters even more interesting, SCSU spokesman Patrick Dilger said student fees only go towards speakers that are brought by student organizations. In the case of Hogg, the university facilitated his speech, not a student group.

"The only time student fees are used for programming during this month are for activities hosted by student clubs and organizations," Dilger told Campus reform.

If student fees and tuition are being used to pay for Hogg's visit, then where is the money coming from? Someone or some organization has to be paying for Hogg's flights, meals, transportation, speaking fee and lodging. If the university – and by extension, the students – aren't on the hook for this bill, the public deserves to know who is.